Three Changes to England's starting XV to face the All Blacks

Chris Ashton (Sale Sharks), who scored a try when England last beat New Zealand in 2012, will start on the right wing.

There are three changes to the bench with Alec Hepburn (Exeter Chiefs), Courtney Lawes (Northampton Saints) and Jack Nowell (Exeter Chiefs) all named as finishers.

Owen Farrell (Saracens), who will co-captain the team alongside Dylan Hartley (Northampton Saints), is one point short of reaching 700 points for England.

Eddie Jones said: “The expectation for Saturday is no different to any other Test match. We want to be at our best, better than we were in the previous Test match and we want to play with pride and passion which ignites the fan.

It’s been a good week, the players have recovered well, trained well on Tuesday, exceptionally well on Wednesday and we look forward to the challenge of taking on New Zealand on Saturday.

“The crowd last week was wonderful, we had great support and enthusiasm for the game and they saw a great Test match and I’m sure on Saturday they will see another.” 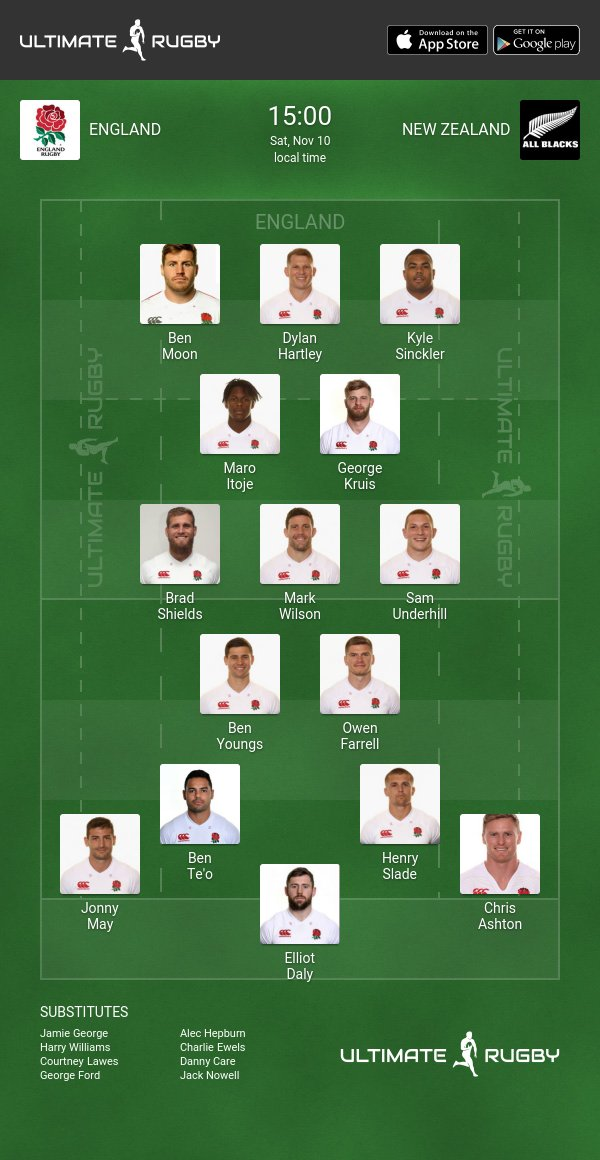