Melbourne Rebels stand in Captain Angus Cottrell has been ruled out of Friday Australian Conference derby against the NSW Waratahs with concussion, however the side will welcome back three star players and has made six changes to the starting XV.

Rangi (ankle), Maddocks (knee) and Philip (heal) have all overcome their injuries and have all been named to return to the starting side.

Rounding out the changes to the starting lineup up is another trio of players, with Richard Hardwick, Matt Gibbon and Jermaine Ainsley, replacing Angus Cottrell, Tetera Faulkner and Sam Talakai in first XV positions respectively.

Young back Sione Tuipulotu has also been recalled into the replacements. Along with Cottrell, hooker Robbie Abel, winger Semisi Tupou, and lock Esei Ha’angana have not been selected.

Melbourne Head Coach Dave Wessels believes the loss of Captain Cottrell can be offset by Wallaby-capped forward Richard Hardwick, who impressed the caching group after his performance off the bench last week.

“Gussy concussed himself in training… so unfortunately he’s not available for selection,” Wessels said.

“We were pleased with Dickie’s (Richard Hardwick’s) contribution at the end of the Stormers game last week, we thought he played really well.

“He’s back to full fitness and we all know he’s a Wallaby, so when he’s on and when he’s hungry like he is at the moment, he can add a lot to the game.”

The Head Coach expects his side to bounce back from a disappointing showing against the Stormers at AAMI Park. One thing which has pleased Wessels this week was his playing group’s ability to put their hand up and set the tone for improving their game throughout the week.

“I think we weren’t ourselves last week at all, I could tell in the warm up, but certainly the first passage of play,” Wessels said.

“We stole their lineout and I could just tell, we weren’t doing the things we normally want to do.

“The nice thing about our group is we were prepared to admit that.

“We’ve got be the best version of what we want to be and the disappointing thing about our performance is it just wasn’t us.” 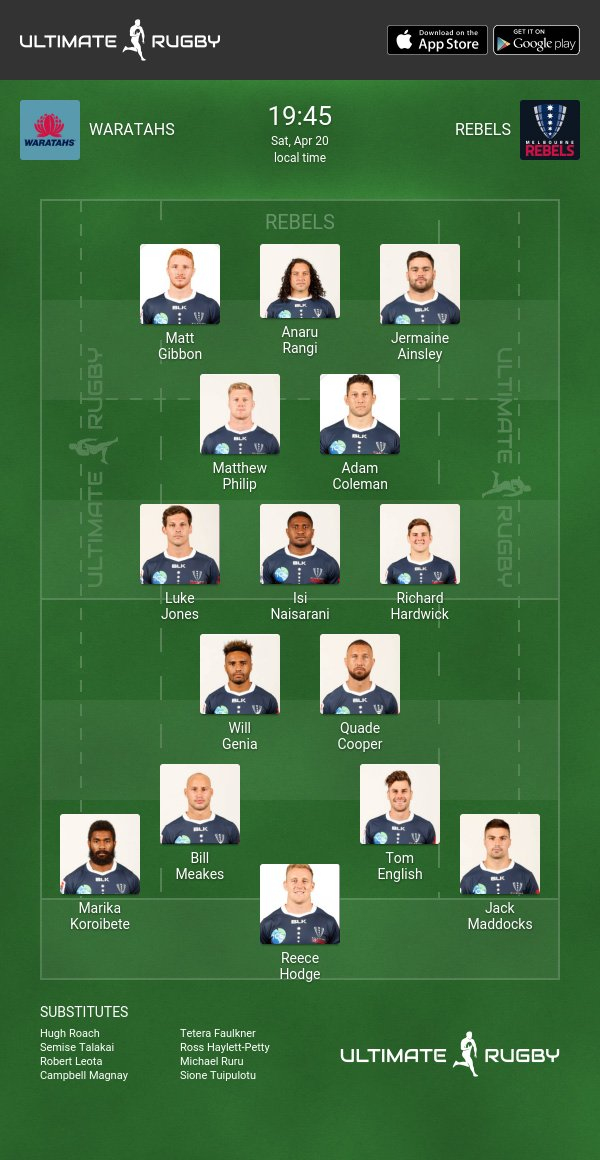