Harlequins have confirmed that Archie White has signed a new contract with the Club.

The 21-year-old back row has been a part of the squad for the past four years and this season has made a big contribution as the Club has risen to third in the Gallagher Premiership and reached the Challenge Cup quarter-finals. Sergio Parisse will set a new Six Nations record when he runs out for his 66th appearance in the competition, a record he currently shares with former Ireland captain Brian O'Driscoll.

Another milestone will be reached at Murrayfield against Scotland with Leonardo Ghiraldini earning his 100th test cap.

Second rower David Sisi will make his test and will be the twenty-sixth player to earn his debut under Conor O'Shea. 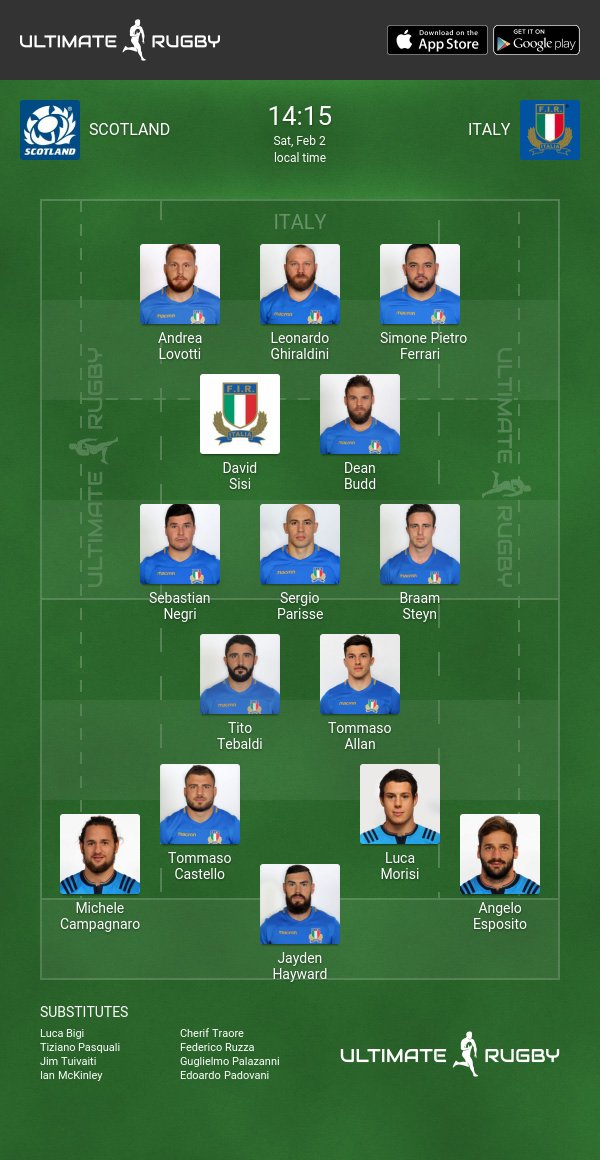 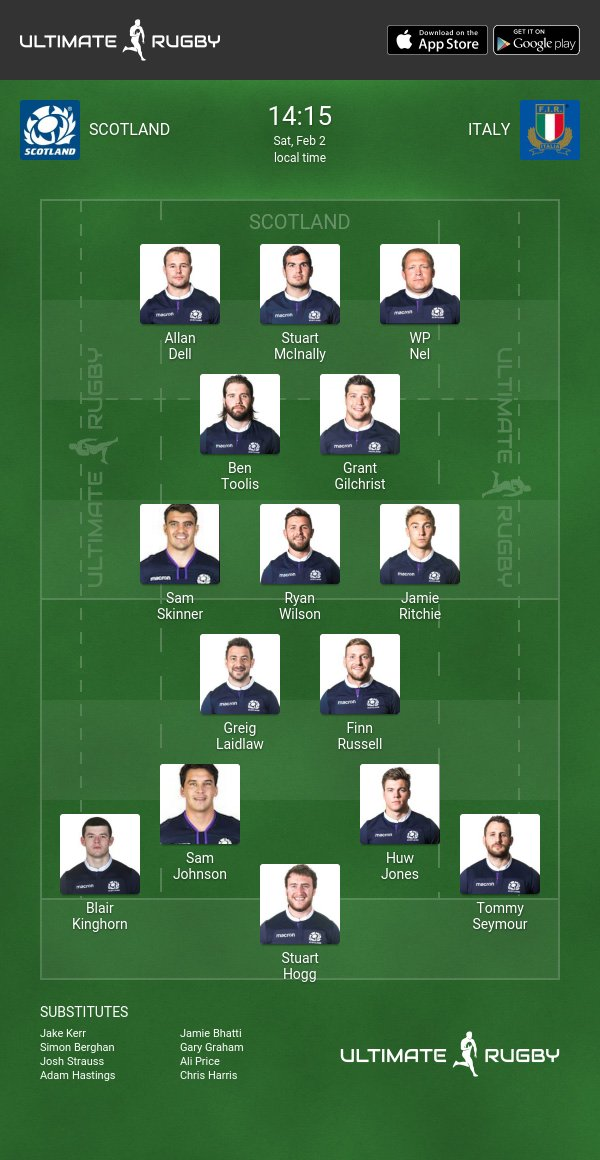 Glasgow centre Sam Johnson will make his Scotland debut in their Six Nations opener against Italy on Saturday.

The Australian-born midfielder, 25, who qualified via residency last summer, was named in the autumn squad but a knee injury delayed his Test entrance. 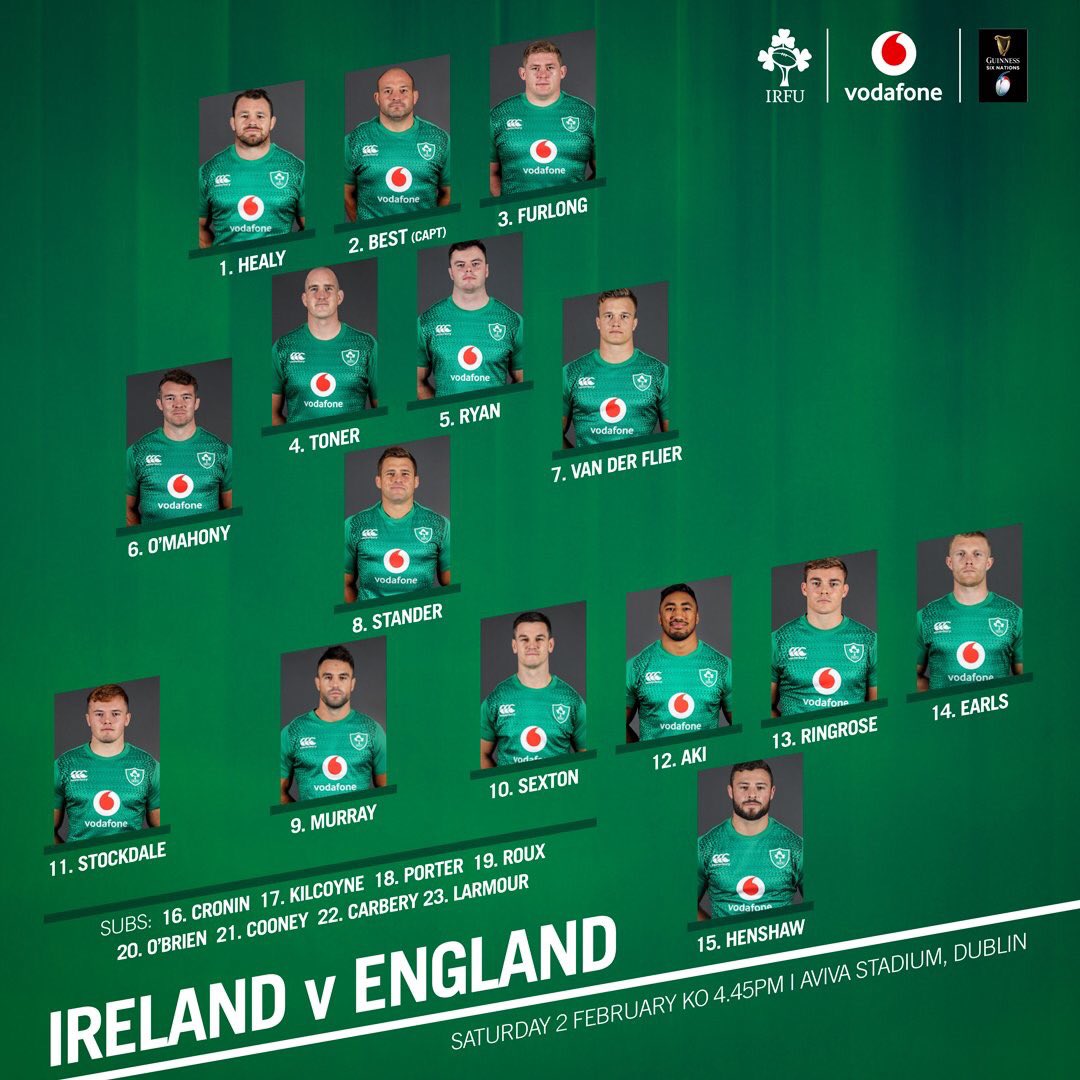 Ireland head coach Joe Schmidt has named his team to face England as they kick off their Six Nations title defence.

Leinster's Robbie Henshaw has been confirmed as a starter at full-back, the 25-year-old gets the nod ahead of long-established 15 Rob Kearney, who had returned to action after a quad injury in Leinster's PRO14 win over Scarlets last Friday.

Henshaw himself hasn't played since suffering a hamstring injury as he warmed up before Ireland's November victory over Argentina. 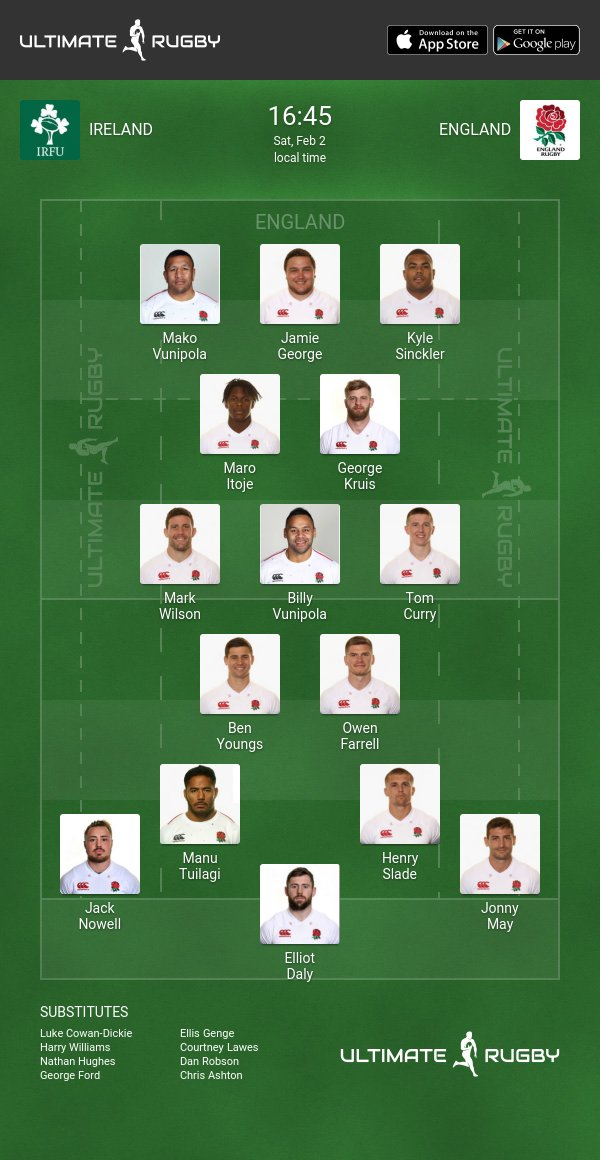 England head coach Eddie Jones has named his squad to face Ireland in their opening Six Nations match in Dublin.

Owen Farrell will captain England at fly half with Manu Tuilagi (Leicester Tigers) named outside him at 12. Tuilagi will start his first match for England since the third Test against New Zealand in June 2014.

Brothers Mako and Billy Vunipola (Saracens) will play for England for the first time this season having last featured in the Test series against South Africa in June 2018. Harlequins have announced that Aaron Morris has signed a new contract with the Club.

The 24-year-old Full-back, who started his career at Bedford Blues, joined Harlequins from Saracens for the 2016/17 season and has been a key member of the first-team squad this season as the Club has climbed to third in the Gallagher Premiership and reached the quarter-finals of the Challenge Cup. Chris Cook has signed a new contract with Bath Rugby, which will take the scrum-half into his 11thseason with the Club.

Born and bred in the city, the27-year-old has made over 120 appearances for the Club since making his first-team debut against Cardiff Blues in 2010. Full-back Simon Hammersley has extended his stay at Newcastle Falcons by signing a new two-year contract.

The 25-year-old has become a mainstay of the Falcons team making 96 appearances, 69 of those coming in the Premiership with a further 20 in Europe. Ulster Rugby have announced the signing of Brumbies and Wallabies second rower Sam Carter who will be joining the Province from ACT Brumbies this summer.

Carter will offer Head Coach Dan McFarland additional quality and experience in the second row next season, with the likes of Iain Henderson, Alan O’Connor and Kieran Treadwell.

Coventry Rugby have received a major boost with the news that Tony Fenner has signed a new long-term deal with the club.

This contract will keep the 29-year-old utility back at the Butts Park Arena until the end of the 2021-22 season.