Tonga coach Toutai Kefu has named his team for the Pool C match against England at Sapporo Dome on Sunday, 22 September.

Only four players in thie match-day squad (Sanatane Takulua, Kurt Morath, Siale Piutau and Sione Kalamafoni) were in the match-day 23 against New Zealand in their last Rugby World Cup match four years ago.

Flyhalf Morath is currently Tonga's all-time leading points scorer at the Rugby World Cup (73 points) as well as in test rugby (340), no other player in the squad has more than 10.

The veteran first five is on 18 test wins and can equal the record for most wins for Tonga in test matches. Nili Latu Langilangi (19) and Vunga Lilo (19) holding the record for the team. 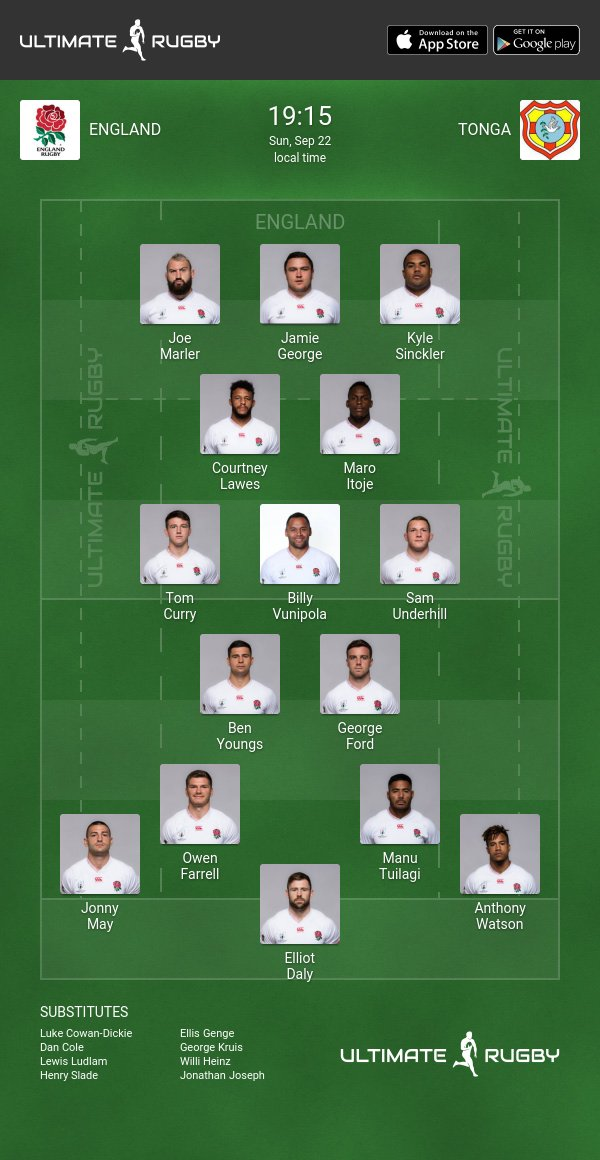 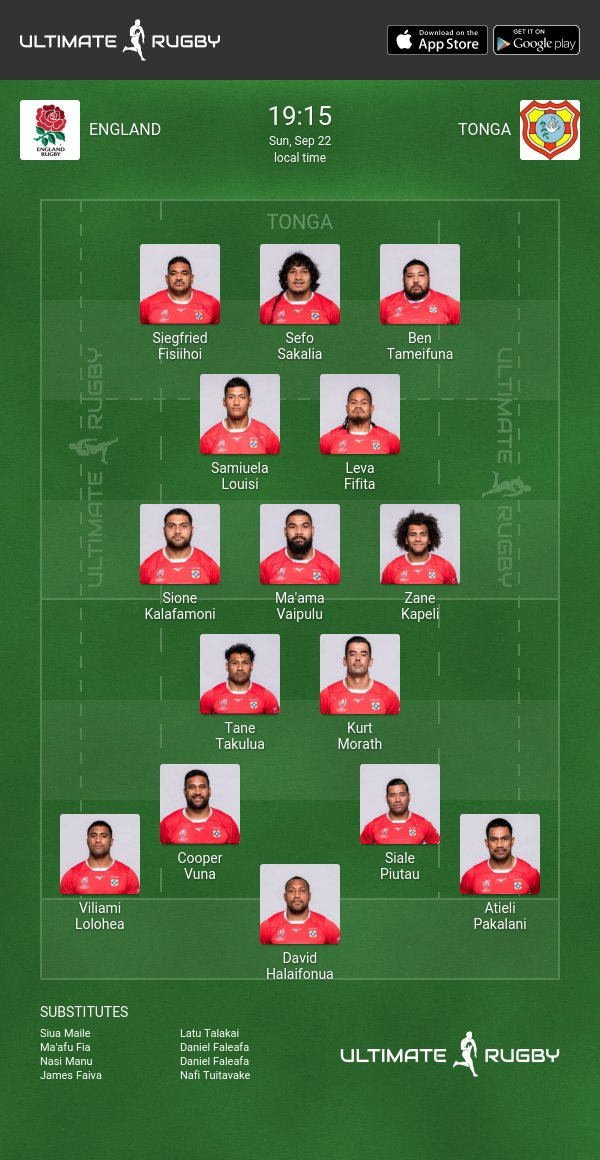