Round 1 saw the hosts, Racing 92, enjoy a slender 27-23 victory over Lyon while Montpellier kicked off their campaign with an unexpected, three-point (26-23) loss against Pau at Altrad Stadium.


A see-saw encounter in the first half left the spectators unsure of who would take the honours in the Lyon vs Racing 92 game. In the second stanza, however, the writing was splashed on the wall when Racing 92 racked up 14 points in as many minutes to ultimately give them victory.

Montpellier looked to have the game in the bag, looking strong and going into half-time with a 13-point lead. However, Pau had other ideas and stood firm in the second half, clawing their way back towards Montpellier’s score. A number of reset scrums gave the referee no option but to award Pau a penalty try at the end which sealed up the game in their favour.

As it is vital for every team to embark on a campaign with wins under the belt, Montpellier will be desperate to redeem last week’s loss with victory this week. However, they face a tough task as Racing 92 will enjoy home-ground advantage and will be just as hungry to continue on winning ways. 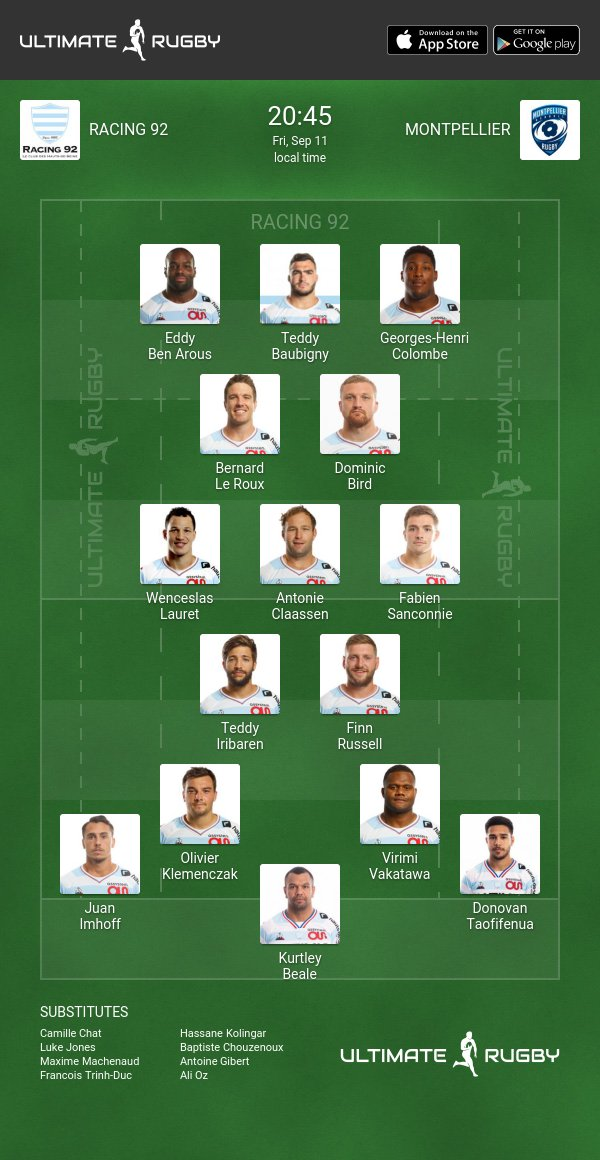 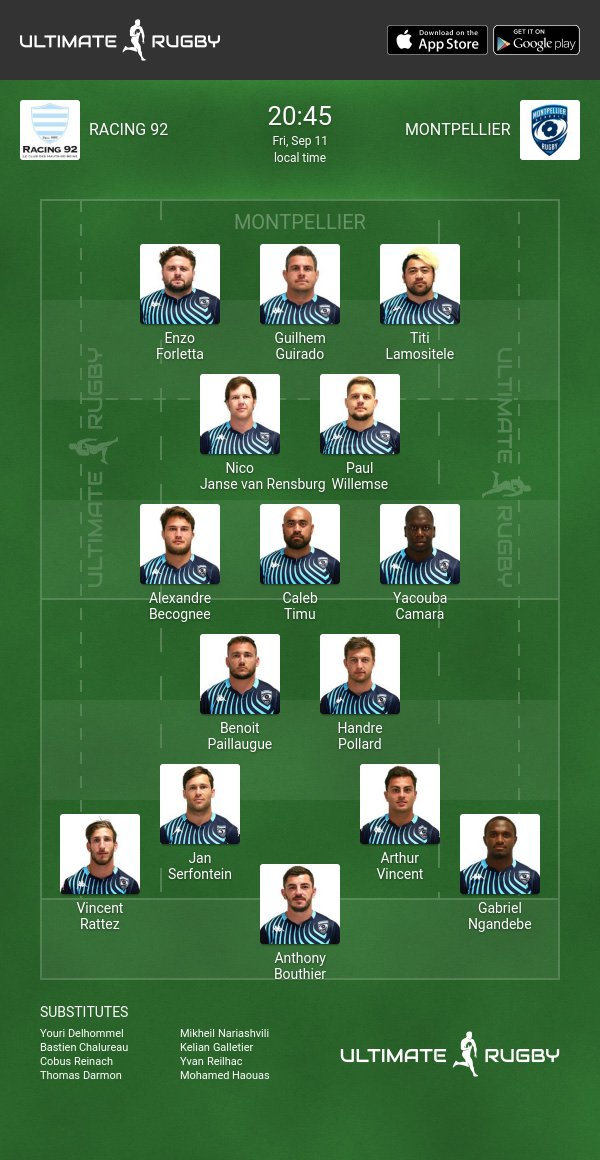