Top stats performers from Round 6 of Super Rugby Aotearoa

Round 6 delivered a good dose of thrilling rugby with two fantastic games on show, with only two points separating the teams in each case. In the first match-up, the Hurricanes enjoyed some revenge for their Round 1 defeat to the Blues, emerging 29-27 victors in front of a hostile home crowd, while the Highlanders put together a sublime second half display to orchestrate a remarkable comeback, thereby putting the Chiefs to the sword 33-31. We take a look at the top stats performers from the round.

Hard-working Blues flanker Dalton Papali’i once again finds himself at the top of the tackle stat. The 22 year old completed 18 tackles against the ‘Canes and maintains the highest overall count in the competition with 66. Papali’i’s teammates Reiko Ioane and Ofa Tu'ungafasi pulled off 17 and 13 respectively.

Shannon Frizell was instrumental in the Highlanders’ heroic comeback against the Chiefs, the flanker making 19 carries for his team. Hurricanes backs Jordie Barrett and Ngani Laumape came in second and third with Barrett carrying the ball 18 times and Laumape 17.

Laumape, whose efforts on the weekend were man-of-the-match standard, retains the number 1 spot on the ‘metres gained’ stat with a massive 160. The ‘Mini Bus’ is currently second overall, just 10 metres behind Crusaders flyer Will Jordan (344m). The Highlanders duo of Shannon Frizell and Michael Collins occupy the second and third positions for Round 6 with 88 and 66 respectively. 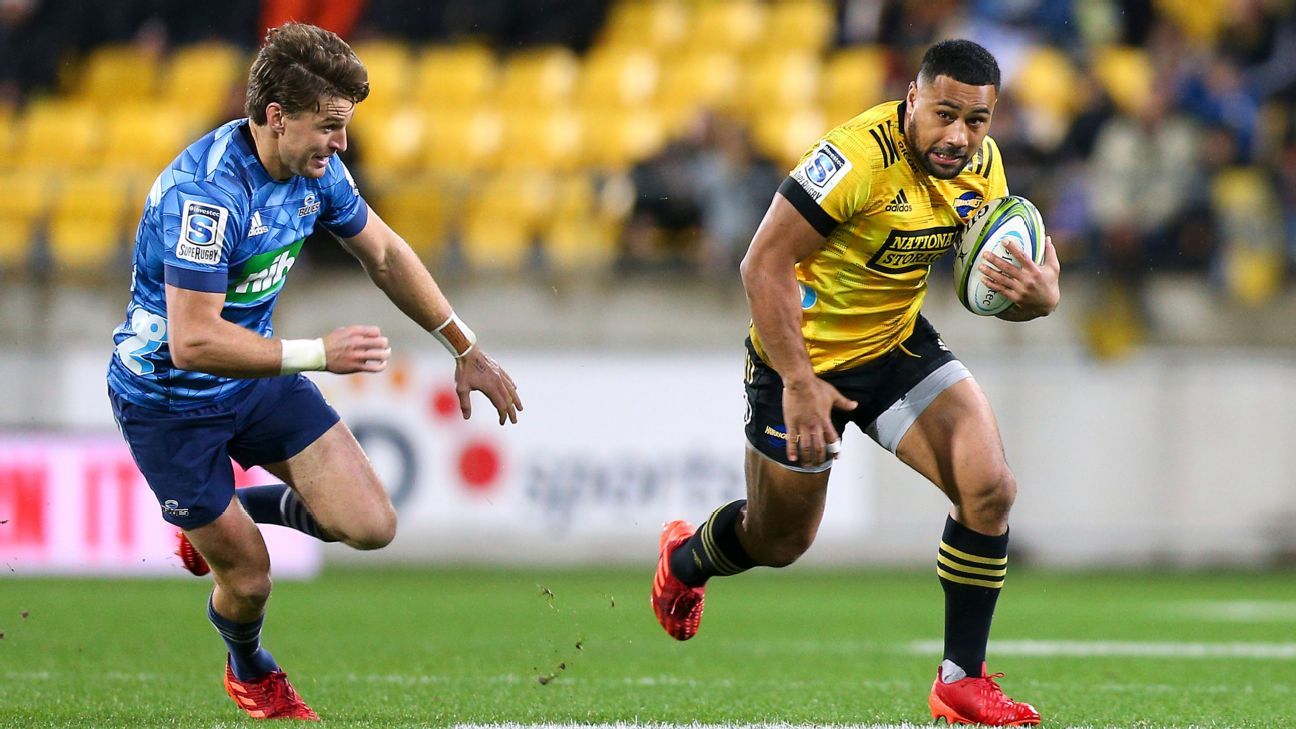 While Laumape was notching up the highest metre count, he was also beating the most defenders (5). Damian McKenzie, Pita Sowakula, Anton Lienert-Brown (all Chiefs), Aaron Smith, Mitch Hunt, Jonah Nareki (all Highlanders), Ardie Savea and Peter Umaga-Jensen (also Hurricanes) all managed to beat 4 each.

Ball retention by the teams was of an unusually high standard in Round 6 with the highest ‘turnovers won’ being only 2; by Mark Telea, Kurt Eklund (Blues), Lachlan Boshier (Chiefs) and Dillon Hunt (Highlanders). Given their high rate of carries, it follows that Laumape and Frizell created the most opportunities for themselves to execute clean breaks this round, with 4 and 3 respectively.