Scotland coach Gregor Townsend has announced his team for the Pool A match against Russia in Shizuoka Stadium Ecopa on Wednesday, 9 October.

Scotland have made 14 changes to the XV which started against Samoa last week. Only Darcy Graham, who switches wings, remains. This is the most changes Scotland have ever made between matches at a Rugby World Cup.

Brothers George and Pete Horne are starting their first RWC match together. 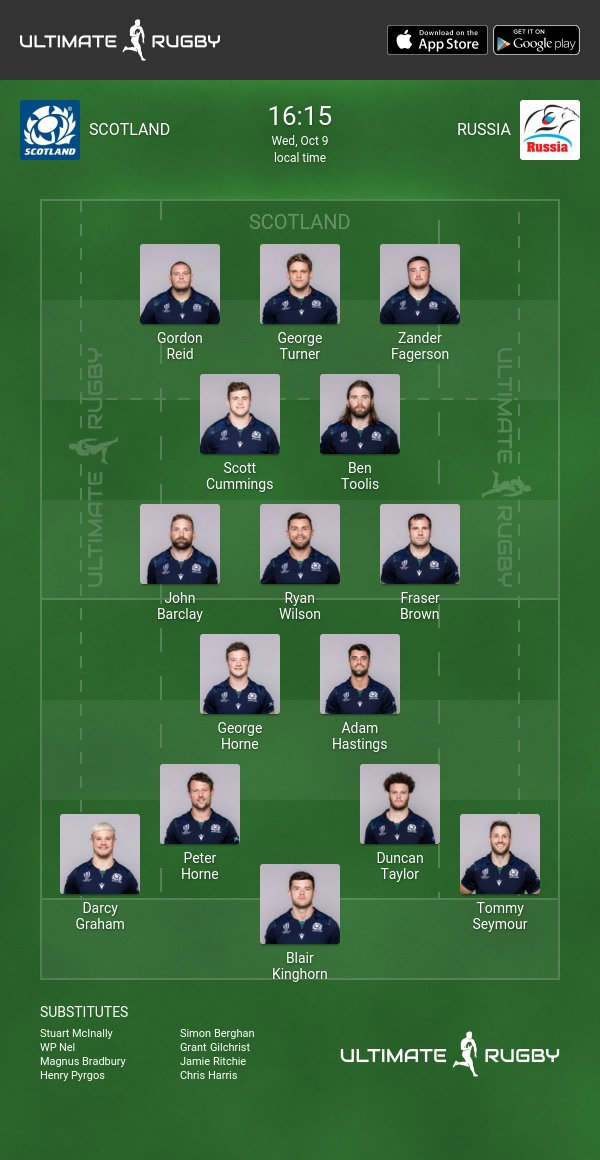 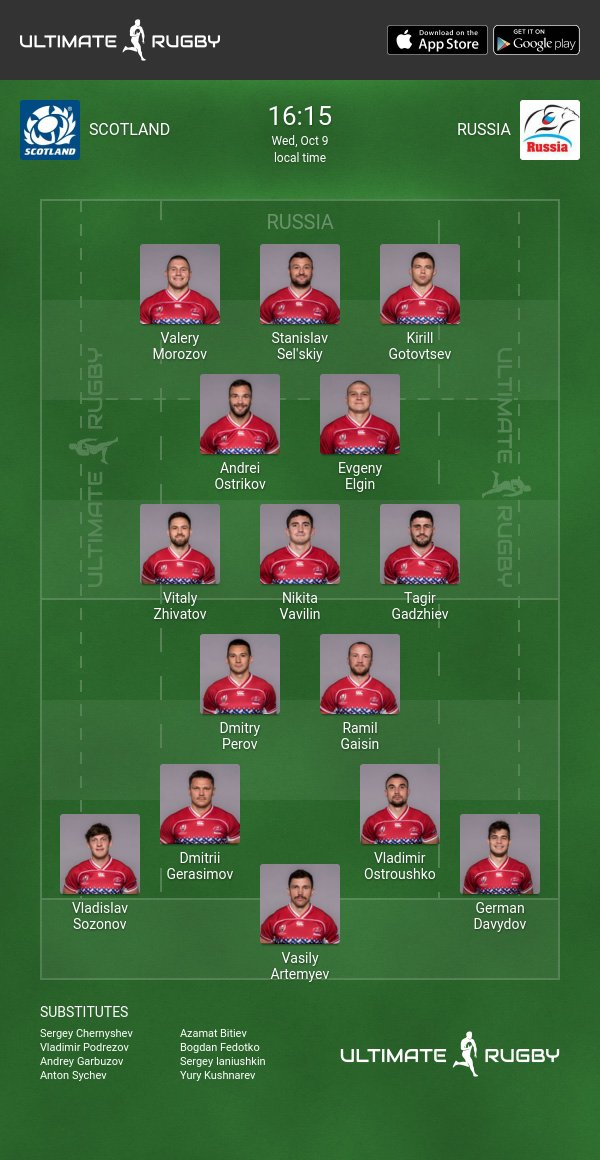