Scotland coach Gregor Townsend has named his team for the Pool A match against Ireland at International Stadium Yokohama on Sunday, 22 September.

Stuart McInally will captain Scotland. He was selected in the original 31-man squad four years ago, but never featured at RWC 2015.

John Barclay is set to feature in his third Rugby World Cup and starts at blindside having featured in both 2007 and 2011 but missed out in 2015.

A third World Cup participation for Scotland puts Barclay on a par with the likes of Gavin Hastings, Scott Hastings, Ross Ford and Chris Paterson, to name four of the 13 players to have reached that level. Paterson is the only

player among the previous 13 to eventually make a fourth World Cup participation.

Former captain Greig Laidlaw starts at scrumhalf and will look to add to his 79 points at World Cups which ranks him third among Scotland players, behind Gavin Hastings (227) and Chris Paterson (140).

Scotland Head Coach, Gregor Townsend, said: “We’ve had a really productive week’s preparation in Nagasaki ahead of our arrival in Tokyo, with our players adapting to the time zone and weather conditions out here in Japan.

“As we’ve got closer to the game our training has been more about fine-tuning the hard work that’s gone in over pre-season into a focus for Sunday’s game.

“Our team has a lot of experience playing together in major games for Scotland, with a bench capable of making a difference when required. That cohesion, experience and leadership is very valuable in a build-up to a match of this magnitude as well as during the 80 minutes on Sunday.”

Another pair of Lions – scrum-half Greig Laidlaw and stand-off Finn Russell – return to start at half-back, with Sam Johnson and Duncan Taylor the only backs to be reinstated, in midfield.

Glasgow Warriors forwards Ryan Wilson and Jonny Gray are the only forwards to remain in the pack, which features the remaining six changes, including a new front-row trio of Allan Dell (London Irish), captain Stuart McInally and Willem Nel (both Edinburgh).

Edinburgh lock Grant Gilchrist returns to partner the reinstated Gray in the boiler house, while the capital club’s Hamish Watson and John Barclay join Wilson in the loose forwards. 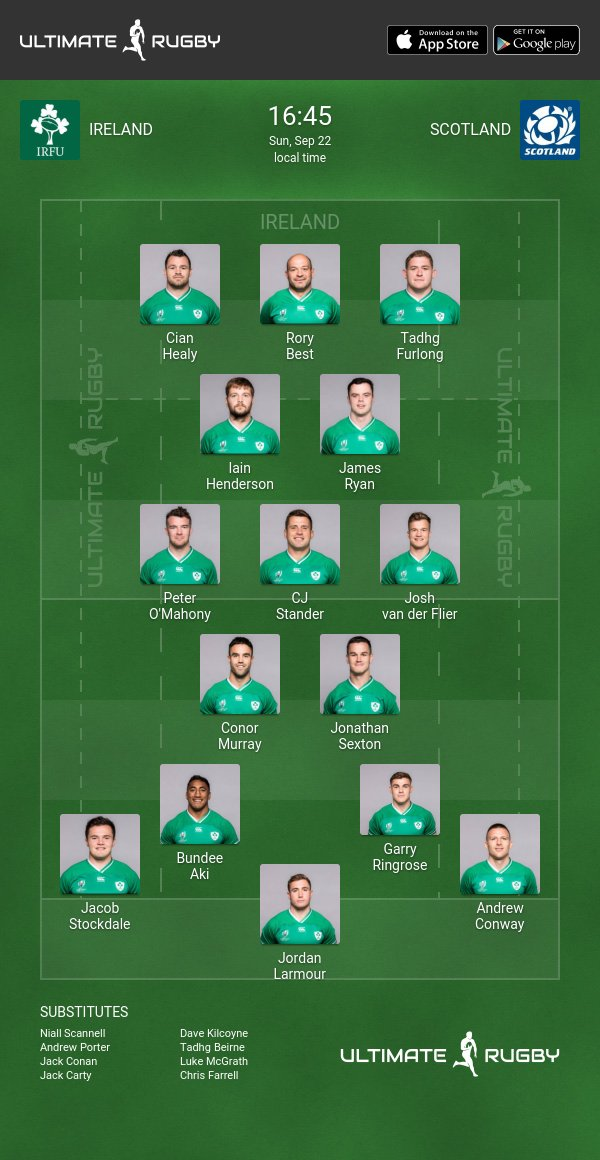 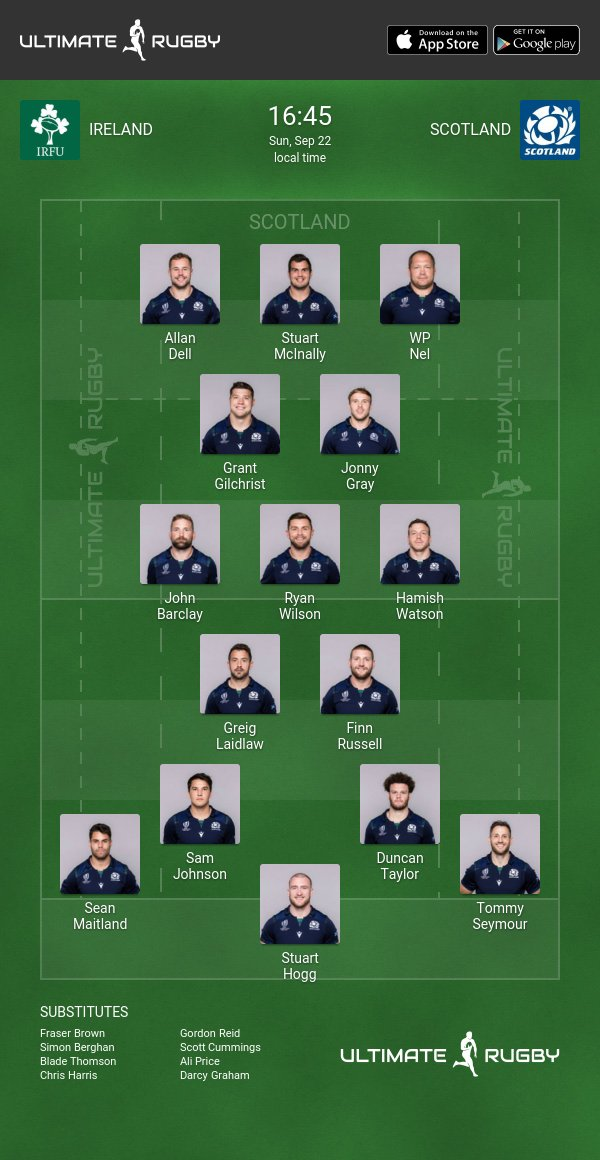