France kick off their u20 Six Nations campaign against England on Saturday at Cardiff Arms Park.

The side will be captained by Joshua Brennan, the son of former Ireland international Trevor Brennan, who starts in the second rower. Joining Brennan in the pack is the son of France and Toulouse great Emile Ntamack with Theo starting in the no.8 jersey.

Daniel Bibi Biziwu has been a regular for Clermont in Top 14 this season and takes his place in the starting line up at #1 with Connor Sa (Bordeaux) and Paul Mallez (Toulouse) completing the front row.

Brennan is partnered by Toulon lock Adrien Warion in the second row with Kilian Tixeront (Clermont) and Mathias Haddad (La Rochelle) completing the back row with Ntamack.

Highly rated scrumhalf Teo Idjellidaine is joined by Toulouse clubmate Thibaut Debaes as the halfbacks. Toulouse speedster Nelson Epee starts in the back three along with Oyonnax's Enzo Rebier and Lyon's Alexander Tchaptchet at fullback. 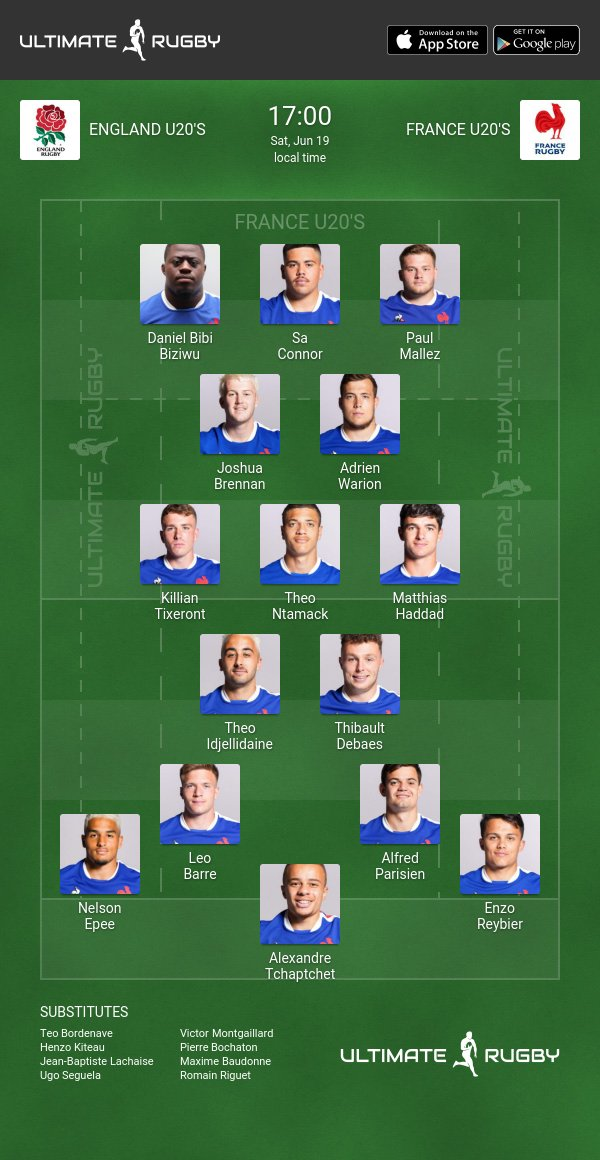 The 2021 Under-20 Six Nations Championship will be played this summer between 19th June and 13th July in Cardiff. The decision to hold the Championship in one venue was taken to reduce the risk around travel, to ensure greater rest periods and structured training and therefore meet many of the performance opportunities lost in recent times. Matchday squads will consist of 26 players due to the condensed format of the competition and all five matchdays will feature three matches played consecutively.