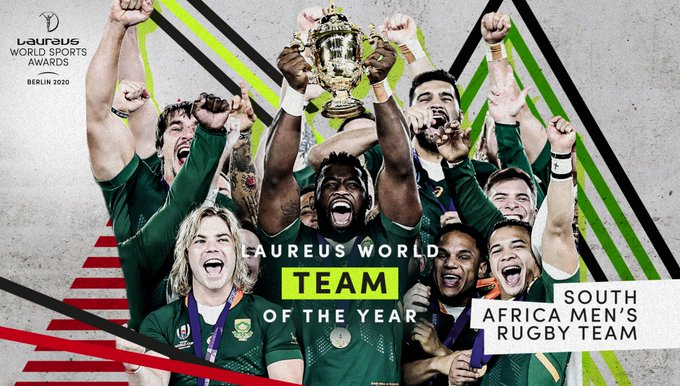 The Rugby World Cup-winning Springbok team of 2019 added another fantastic award to their impressive list of recent accolades when they scooped the prestigious Laureus Team of the Year Award in Berlin on Monday evening.

"To see the joy in kids faces back at home is exactly what we wanted to achieve and we hope it doesn't end here."

"The Mandela spirit is always around."

The South African national rugby team pipped an illustrious list of top international sporting teams to lift the award in the German capital. It’s the second time the Springboks have won the Laureus accolade – the team that lifted the 2007 Rugby World Cup were awarded the prize in early 2008. Full story

"We really touch lives in the way governments and politicians can't do."

Tomkinson will spend the next three weeks on the sidelines for a dangerous tackle on Brumbies fullback Tom Banks in the Highlanders’ narrow victory on Saturday evening.

Tomkinson’s shoulder connected with Banks’ head in the reckless tackle which saw Tomkinson yellow carded at the time.

Andy Farrell names a 36-man squad to prepare for England

Garry Ringrose is the sole big name missing from the squad following the centre's injury as it is a squad that is one man less than the 37 called into camp at the start of the round two week versus Wales. Full squad 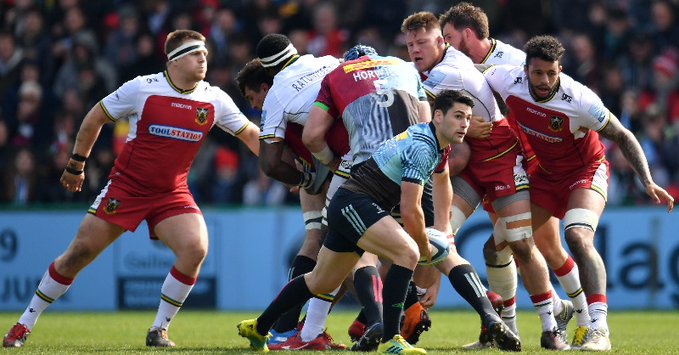 Rob Baxter is set to replace one international name with another ahead of the 2020/21 season.

With Nic White’s departure back to Australia already confirmed, the Exeter Chiefs Director of Rugby has wasted little time in filling the void left by the gifted scrum-half.

Heading to Sandy Park will be Scottish international Sam Hidalgo-Clyne, who will join the Premiership club on a two-year deal from French Top14 side, Lyon.

Super Rugby Team Of The Week: Round 3

The Super Rugby Team of the Week for Round 3 is dominated by New Zealanders but you will find a sprinkle of other nations too.

The Chiefs and the Stormers are the only two unbeaten sides in the tournament right now but there is still plenty of rugby to be played.

✅ Round Three of #SupeRugby is done and dusted as we pick our team of the week 👇 https://t.co/SnucqCXbQX

A detailed look into @Cheslin_Kolbe11's game at flyhalf for Toulouse including:

Brumbies happy to keep mauling ahead of Chiefs clash

Lock Cadeyrn Neville says the Brumbies maul tries are the fruits of hard work in training, while backrow Rob Valetini looks forward to his first trip across the ditch, the side facing a challenging test against the Chiefs.