It will follow the same weekends as the Senior Men’s Championship.

Matches will be broadcast in Six Nations territories either on TV, broadcaster streaming platforms or via Six Nations digital channels.  All matches will be available in the UK on BBC iPlayer and Ireland on RTE and Virgin Media, while Sky Italia will broadcast the matches of Italy Under 20s.  Broadcast details for France will be communicated in due course.

It is the first time that broadcasters in Ireland will show the Championship in its entirety.

FAVOURITE THE LEAGUE AND ADD THE FIXTURES TO YOUR CALENDAR HERE

The Championship will kick off at 8pm on Friday 4th February with Ireland v Wales at Musgrave Park in Cork.  2021 Grand Slam Champions England will start their campaign at the DAM Health Stadium in Edinburgh and France host Italy at the Stade Guy Boniface in Mont de Marsan.

Round 2 will take place on 11th February with Wales v Scotland, while France will host Scotland and England will travel to Italy.

In Round 4, Wales will host France on Thursday 10th March at 8pm while Italy will host Scotland on Friday 11th and England host Ireland.

The 2022 edition will come to an exciting conclusion on 20th March with a ‘Super Sunday’ of matches with England v Italy, Ireland v France and Scotland v Wales.

Commenting on the announcement, Six Nations CEO, Ben Morel said: “The Under 20s Six Nations Championship is an exciting competition that showcases the next generation of young talent.

“It is an important milestone for all young players striving to represent their country at senior level in future.

“The development of age grade rugby is a key part of our strategy and we would like to thank our broadcast partners for the increased exposure they will be giving the Championship and its rising stars, bringing young players to the homes of sports fans around all the home nations.

“We look forward to some great rugby.” 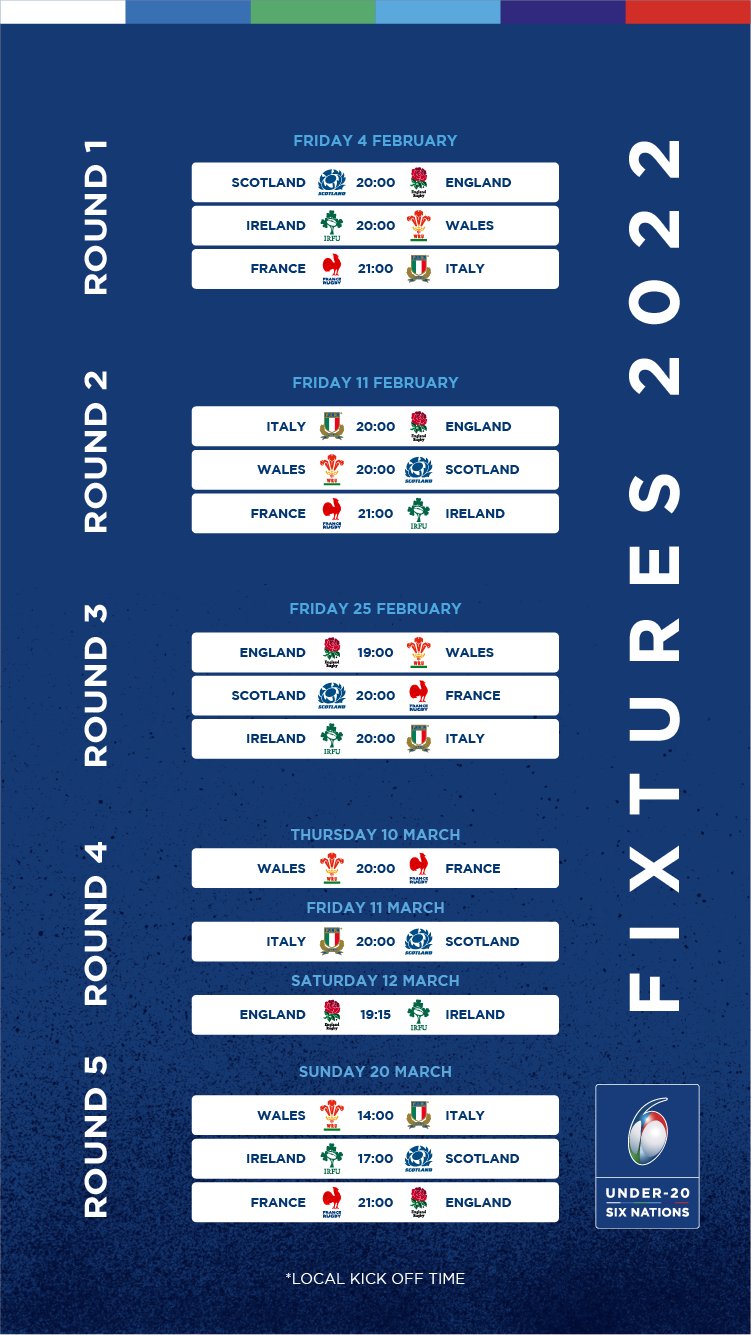