England men U20s head coach Steve Bates has made 10 changes to his starting XV to face Italy in their second game of the World Rugby U20 Championship on Saturday.

Props Kai Owen and Alfie Petch join U20 debutant Will Capon in a new front row while Richard Capstick is named at lock, while Josh Basham and Rusiate Tuima come into the backrow.

Sam Maunder starts at scrum half, Connor Doherty is named at outside centre while wing Arron Reed and full back Josh Hodge also come into the side.

Fraser Dingwall will again captain the side, switching to inside centre with lock Alex Coles, flanker Aaron Hinkley and wing Tom Seabrook starting their second match of the tournament, as does Tom de Glanville who moves to fly half.

Prop James Kenny is in line to make his England U20 debut as a replacement, while Manu Vunipola (concussion) and Alfie Barbeary (suspended) are ruled out of the fixture.

The side were beaten in their opening fixture of the Championship defeated by Ireland and will play their final pool fixture against Australia on Wednesday.

Steve Bates said: “There are a lot of changes but we’ve picked a team that we know can be really competitive, I want to see the players put in a performance that they are proud of and for everyone to contribute.

“We agonised over the first selection and picking this XV has been equally as tough, but this is a strong team and we expect them to play with belief and confidence and play the sort of rugby we saw at times against Ireland but with a bit more consistency and discipline.” 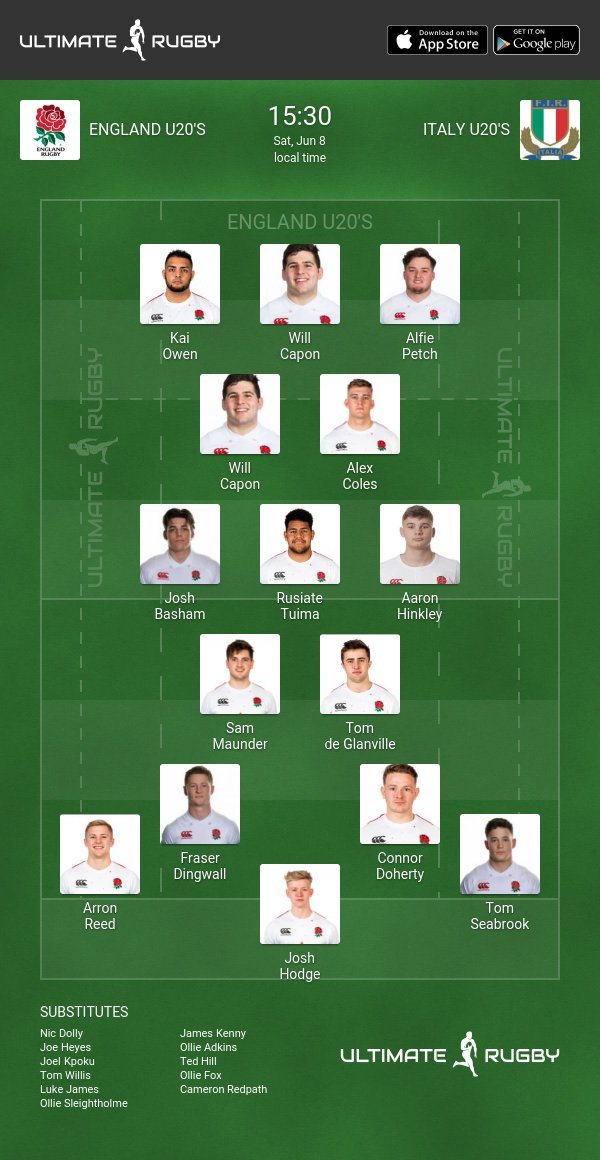 England have named a 26 man squad for the clash with the tournament allowing 28 players per match day squad.