Scotland will be aiming to claim their first win of this year’s Six Nations Under-20s when they face France in the fourth round at Arms Park.

Despite their slow start to the 2021 Championship so far, the Scots have shown flashes of promise - particularly against England before eventually losing 31-12.

But they struggled to find their rhythm against Italy as they went down 43-3 and Sean Lineen will be hoping for an immediate response.

France, on the other hand, come into this game in good form and with hopes of still topping the Championship, although they will need other results to go in their favour.

They were hugely impressive in their last outing, a 36-19 victory over host nation Wales, with skipper and scrum-half Nolann Le Garrec producing a masterful performance.

Since they were stunned by a second-half fightback from England in the opening round, Les Bleuets appear to have found top form again, and will be confident of inflicting Scotland’s fourth straight defeat. Full preview via sixnationsrugby 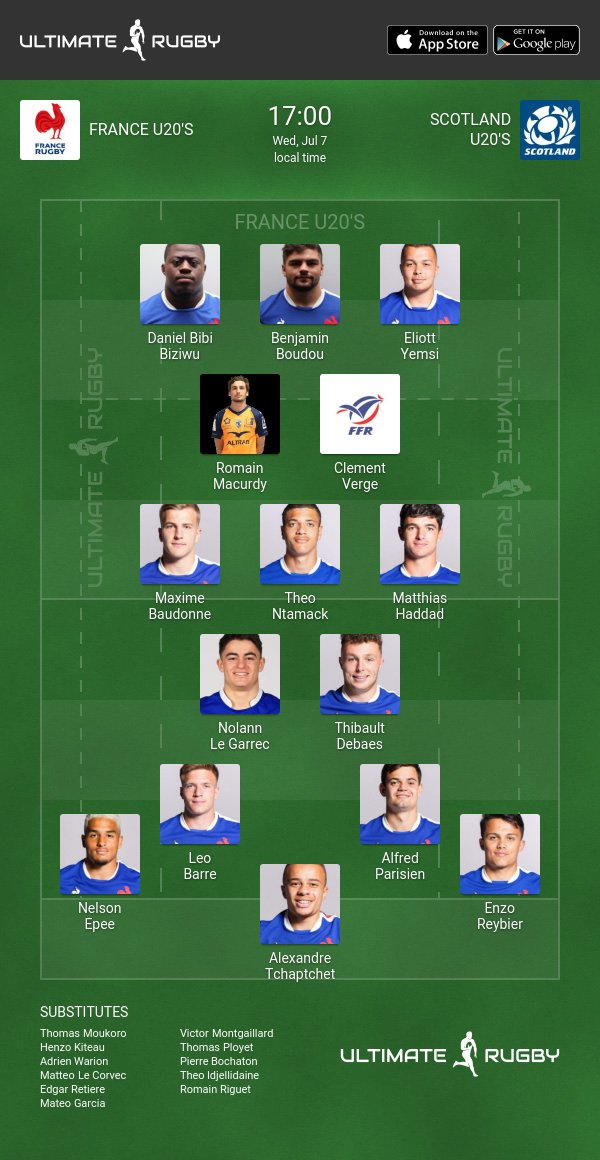 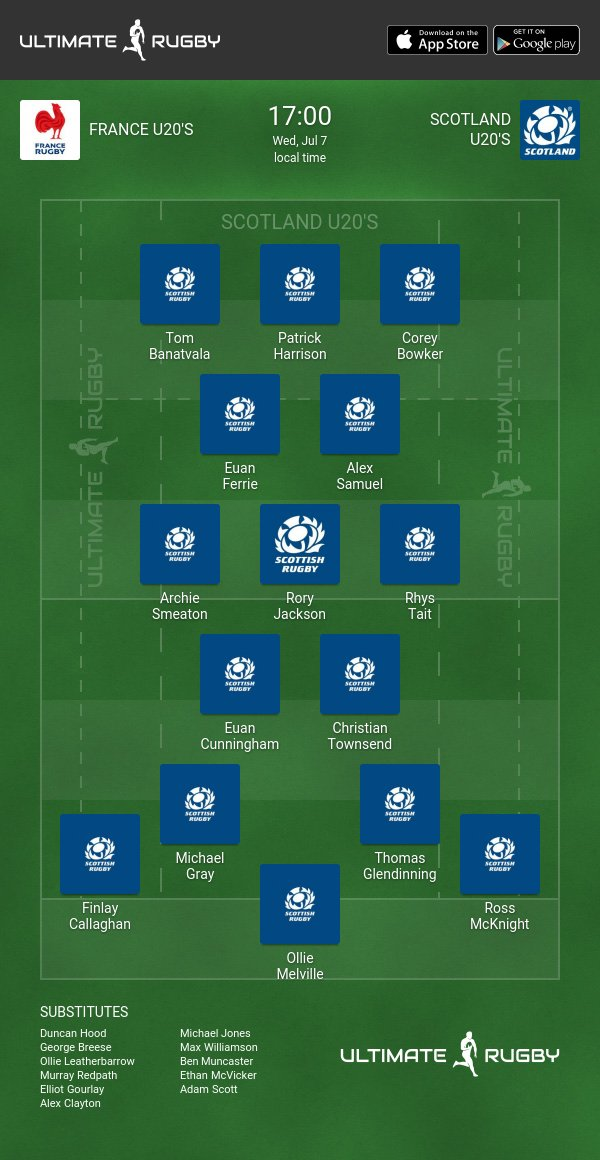 Scotland U20 Head Coach Sean Lineen has rotated his squad to face France in the fourth round of the Under-20 Six Nations.

Alex Samuel will once again captain the side from the second row where he will partner Euan Ferrie who will make his second start of the Championship.

In the front row, Tom Banatalava will make his first start at loosehead prop whilst Corey Bowker will make his Scotland U20 debut when he starts at tighthead. Patrick Harrison makes his second start of the Championship at hooker.

Rhys Tait will make his first start of the Championship at openside flanker with Archie Smeaton retaining his place on the blindside. Rory Jackson comes in at No8 for Ben Muncaster who moves to the bench.

Euan Cunningham makes his first start of the tournament at scrum-half where he will partner Christian Townsend at stand-off to form a new half-back partnership.

Mike Gray will start at inside centre with Thomas Glendinning retaining his outside centre position from last week.

In the back three Ollie Melville returns to the team at full-back whilst Finlay Callaghan will start on the wing, with Ross McKnight on the other wing to complete the back three.