Unbeaten England are in pole position to win the Six Nations Under-20s as they take on Championship hosts Wales in Round 4 at Cardiff Arms Park.

The young Red Rose side opened their campaign with a 38-22 win over France before defeating Scotland 31-12 and edging out title rivals Ireland 24-15 last time out.

Wales also got off to a good start by beating Italy 25-8 in the first round but come into the contest with England following back-to-back defeats to Ireland and France.

But Wales were victorious the last time these two sides met in the Six Nations Under-20s, claiming a narrow 23-22 triumph at Kingsholm Stadium in March 2020.

And Ioan Cunningham will hope his side can produce a repeat performance on Wednesday night to derail England’s Grand Slam bid and deny them the Triple Crown. sixnationsrugby 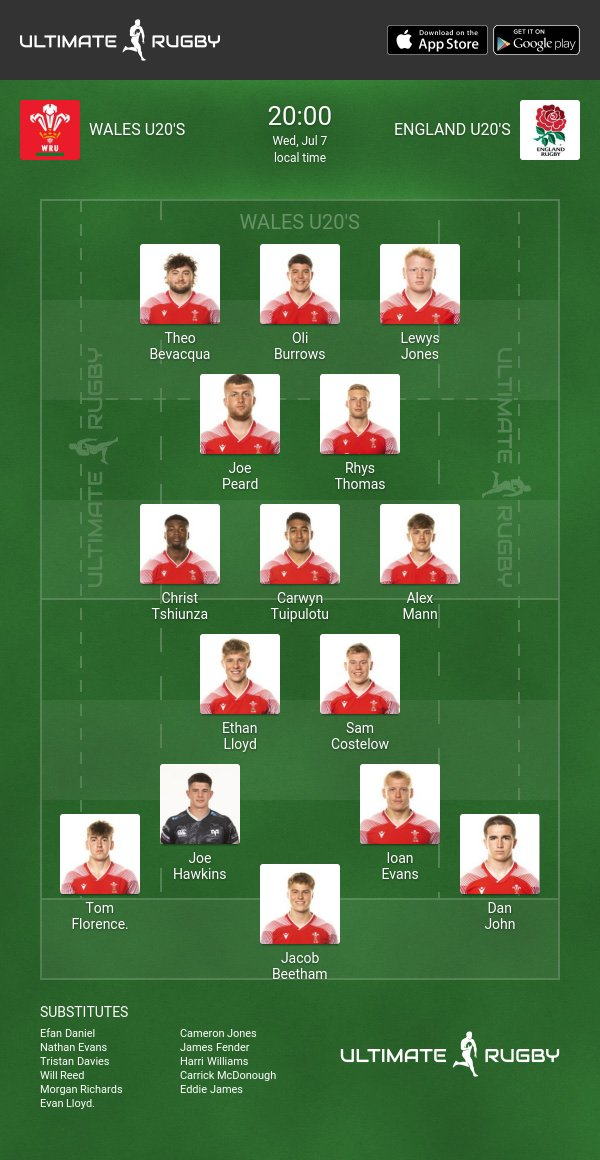 Injuries to loose-head prop Garyn Phillips and second row Dafydd Jenkins have forced his hand somewhat with Rhys Thomas earning his first start at lock while Theo Bevacqua, who was a late change prior to the game against France, starts in the number one shirt. Dragons’ lock Joe Peard returns to the starting XV to form an entirely new second row alongside Thomas.

In the backline, centre Ioan Evans and fly-half Sam Costelow start after coming on against France from the replacements bench. 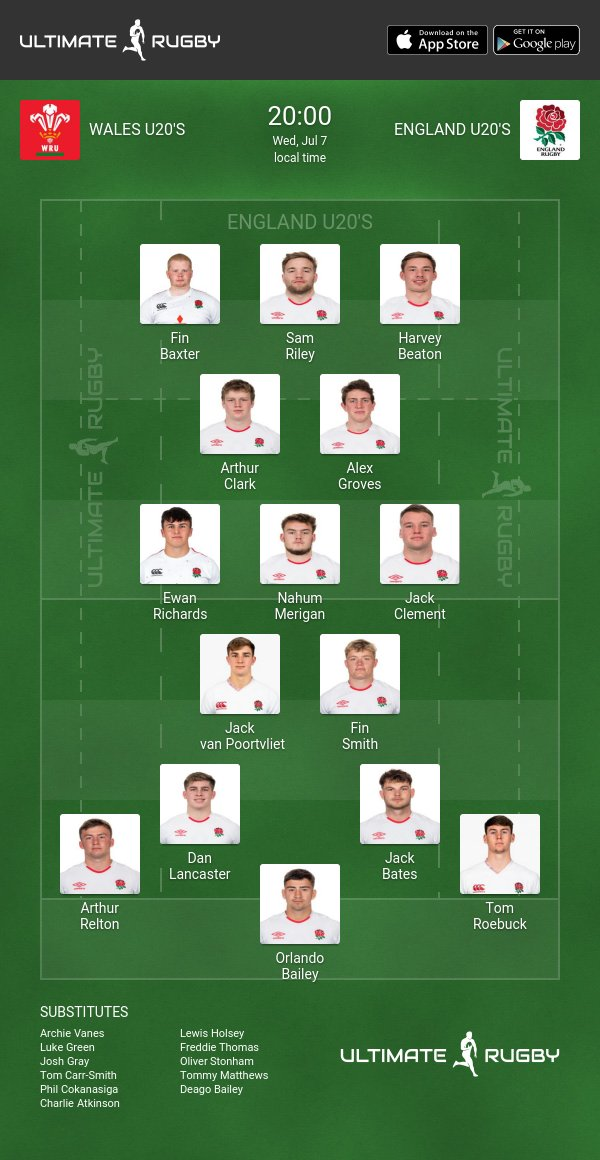 Orlando Bailey returns at full back, while Tom Roebuck makes his first start of the 2021 Six Nations on the wing. In the pack Fin Baxter is set to win his first U20 cap from loose head, while Jack van Poortvliet again captains the side from scrum half.

There are also two changes among the replacements with Lewis Holsey and Deago Bailey returning to the match day 26.