As the Springboks celebrate winning the 2019 Rugby World Cup, we take a look back at what was an amazing tournament in Japan and select our Team of the competition.

There were a number outstanding performers throughout the competition making it incredibly difficult to select a single XV, so we have included two players in each position who were close to making the side but narrowly missed out.

In case you missed it, Brian O'Driscoll picked his team of the competition before the Final:

Here is the Rugby World Cup team of the competition picked by the team at Ultimate Rugby: 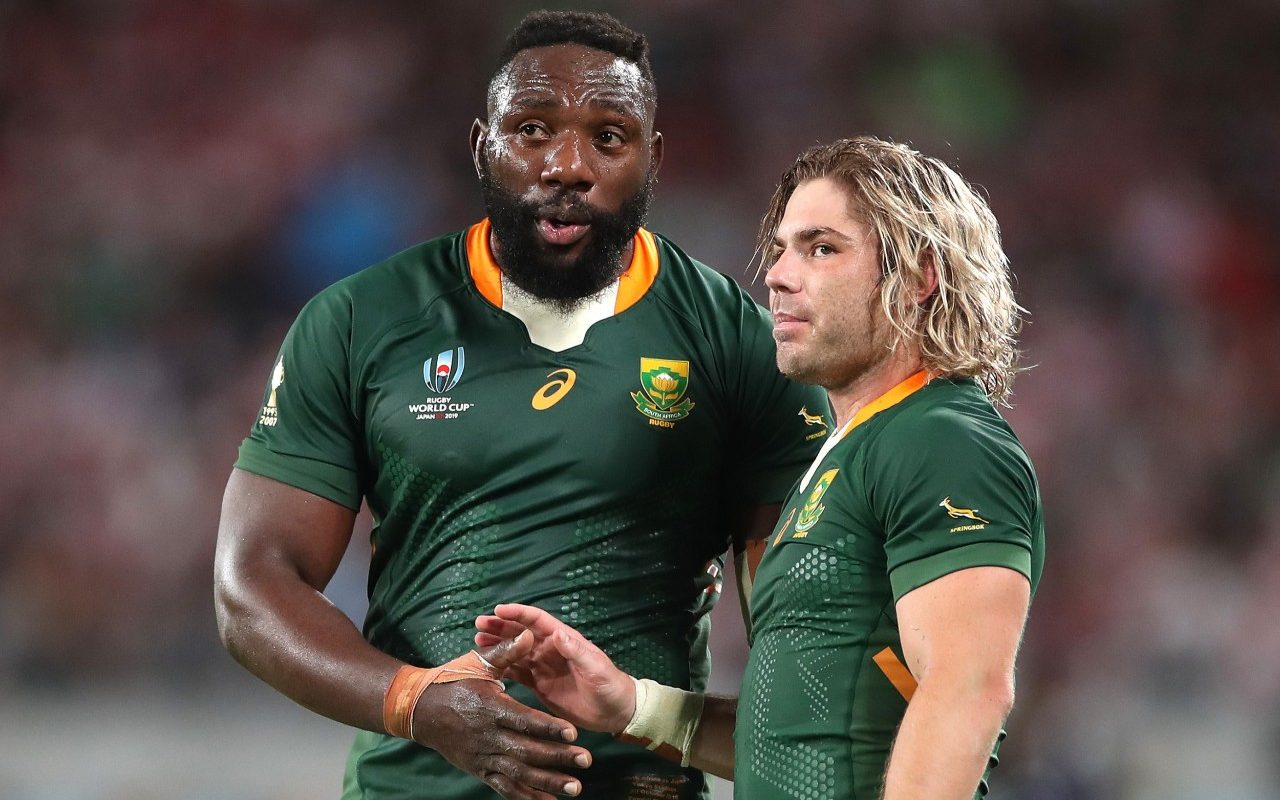 We kick off our team of the competition with a winner of the Rugby World Cup! The Springbok loosehead who is more commonly known as 'The Beast'.

At the age of 34, there were questions ahead of the World Cup whether Mtawarira would be able to keep his #1 jersey during the competition with Steven Kitshoff performing superbly for the South Africans.

However, Mtawarira produced some excellent performances over the course of the competition and had more minutes on the pitch than any other South African front-rower.

The veteran was in a close race between Japan's Keita Inagaki for a place in the side with the Japanese International penciled in at #1 in our side before Mtawarira produced a sensational scrummaging performance in the final to seal his place. 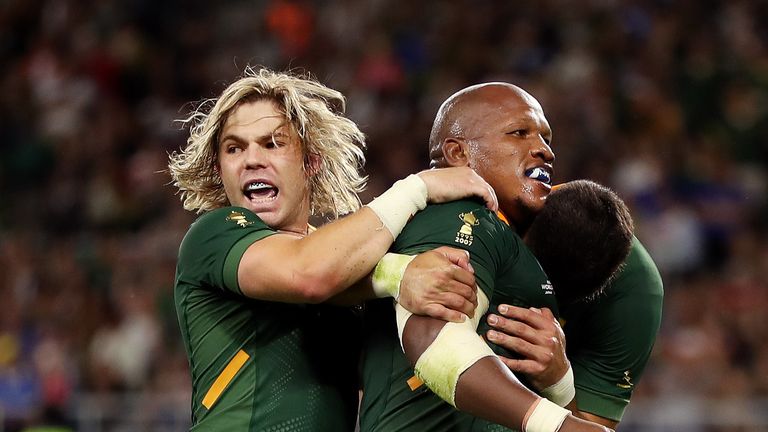 12 Months ago, few onlookers would have expected Bongi Mbonambi to have taken the starting #2 jersey off of the exceptional Malcolm Marx but fast-forward to 2019 and Mbonambi was selected to start the Springboks most important game in over a decade.

The Springbok pack led the side to glory in 2019 and Mbonambi's incredible accuracy at lineout time and superb scrummaging ability played a massive role. He missed just one lineout throw the entire competition and sadly had his final performance cut short.

His deputy Malcolm Marx was excellent off the bench while Wales' Ken Owens was sublime for the Welsh. Finally, Jamie George was the closest to taking the #2 jersey off Mbonambi but based on how crucial the Bok pack was to their triumphant tournament he gets the nod over the Englishman. 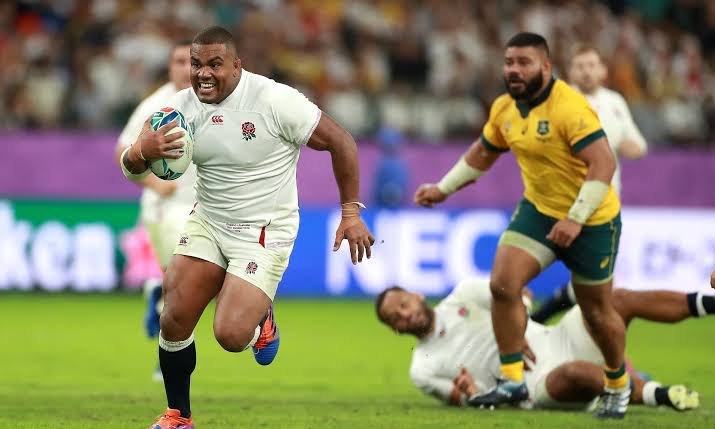 Sinckler's final was cut short due to a head knock but that hardly takes away from an incredible tournament from the English loosehead.

His performances throughout the competition could be the blueprint for an ideal tighthead prop in the future.

He was superb on attack with some lovely offloads, passes and runs while weighing in heavily on defence.

Kyle Sinckler: Hey Marty, can I borrow your wheels? 🚙


His scrummaging was on point too. Tadgh Furlong, Nepo Laulala and Frans Malherbe all deserve a mention as too does Vincent Koch for his efforts off the bench for the Springboks.

The second row is one of the positions where there were a number of standout performers throughout the competition.

However, Itoje was one of the men that stood tallest. He was possibly England's best throughout the competition and topped the turnover wons averaging 2.2 turnovers a game with a total tally of 11.

He was particularly brilliant against the All Blacks in the semi-final.

Eben Etzebeth, James Ryan, RG Snyman and Brodie Retallick were amongst the other standouts who missed out to the fantastic Itoje.

The second row could have been completed by either of the Springboks' #5s with Lood de Jager and Franco Moster both having outstanding campaigns as they shared the minutes throughout the competition.

As mentioned before the Springbok pack was sensational throughout and both players could have easily made the list as too could have Japan's James Moore.

However, it is Wales' inspirational captain that makes our team of the competition. At 34, this was probably Jones' final Rugby World Cup and he played like it was.

He made more tackles than any other player at the World Cup, carried strongly and was superb in the lineouts. He was a vital part of Wales' journey to 4th place, particularly in their quarter-final against France. 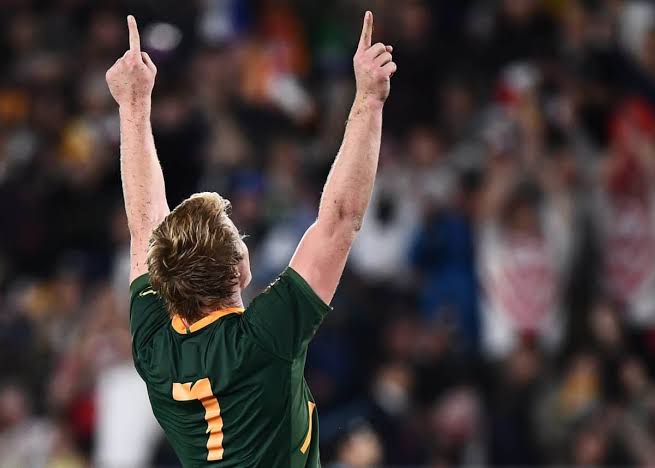 Our team of the competition would not be complete without the World Player of the year.

There was an interesting trend in the World Cup with a number of coaches fielding two openside flankers in their loose trio with Rassie Erasmus not being tempted by this as he fielded a traditional blindside flanker in du Toit.

The likes of Ardie Savea excelled in doing this but du Toit was sublime throughout the competition. He scored the Springboks first try of the competition and assisted the last.

He made more tackles for the Springboks than any other player, was tireless on both sides of the ball and was simply fantastic.

Other outstanding candidates include Michael Leitch and Aaron Wainwright.

As mentioned before the was an interesting trend with opensides playing blindside during the World Cup and both Sam Underhill and Tom Curry could have filled the #7 jersey in our team of the competition.

And it's the World Player of the Year nominee claiming our openside slot in our team of the competition.

Both Englishman were sensational in disrupting the opposition's ball in the rucks, smashing ball carriers backwards and running hard at the defensive lines. Curry's overall performances in the competition gives him the edge.

Outside of the English pair, Siya Kolisi was excellent, Justin Tipuric was outstanding and the likes of Ardie Savea and Sam Cane were immense. 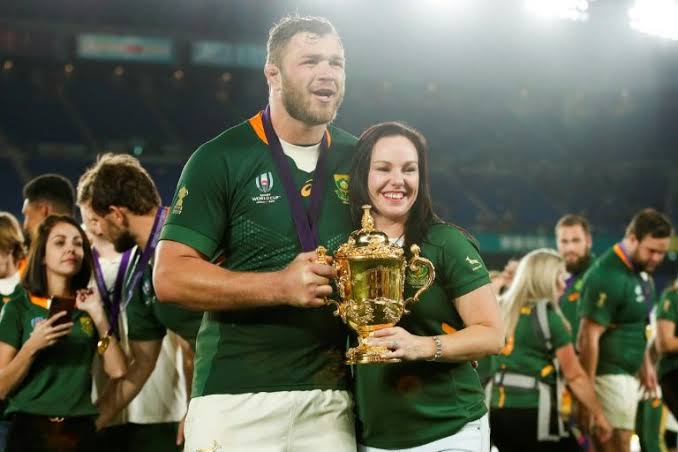 Duane Vermeulen and Kieran Read rolled back the clock and reproduced some of their best career form, while Kazuki Himeno achieved hero status for Japan and Billy Vunipola was on top of his game for England.

However, it was Vermeulen's performances in the deciding matches that gave him the nod, particularly the final! 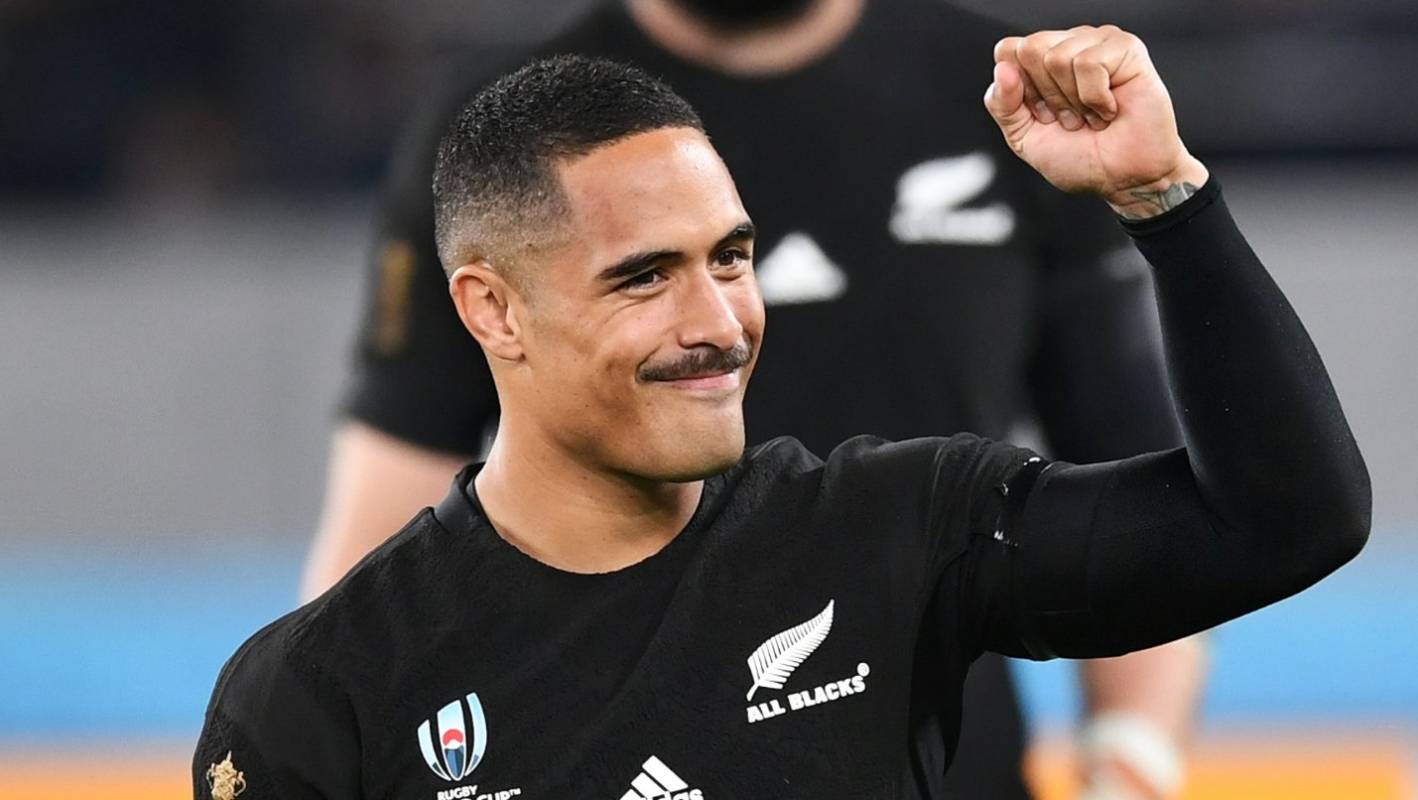 Scrumhalf was one of the most difficult decisions to make for a number of reasons. There were a few stellar individual performances throughout the World Cup from the likes of Japan's Yutaka Nagara, England's Ben Youngs, South Africa's Faf de Klerk, Wales' Gareth Davies and France's Antoine Dupont.

But it's Aaron Smith's high standard of consistency and brilliance that gets him the nod in the #9 jersey. Smith stormed through the group stages before demolishing Ireland with a masterclass performance.

The halfback was gutted after their loss to England and understandably so as he was one the All Blacks' best throughout.


De Klerk's ability to execute Rassie Erasmus' game plan, as well as his performance in the final,  sees him grab second place while Yutaka Nagara sneaks into third just ahead of Youngs and Davies. 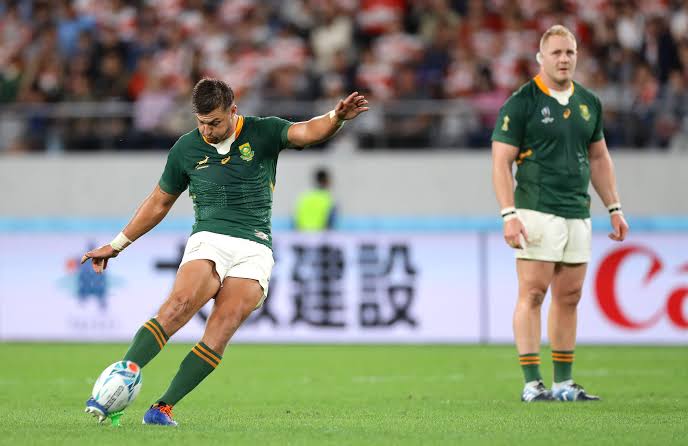 There were two performances that ultimately decided our flyhalf of the tournament and those two came when it matters most. They were the Springboks' semi-final and final.

Pollard was named man of the match against Wales in the semi-final while he was superb off the tee and on defence in the final.

Handre Pollard played a vital role to lead the Springboks to the #RWC2019 Final 🏆 pic.twitter.com/GzG1TXdgoY


There was none of the flashy displays, you'd expect from a modern day flyhalf, from Pollard but he was extremely effective in what he did throughout the competition. He was accurate from the tee, strong on defence and run the Springbok attack well enough to claim the title.

He also finished as the top scorer in the competition.

While Yu Tamura was brilliant for Japan and Richie Mo'unga shined for the All Blacks it was George Ford who just missed out in our team of the competition. Ford combined brilliantly with Owen Farrell, shined in the semi-final against New Zealand and put in one of the performances of the competition against USA. 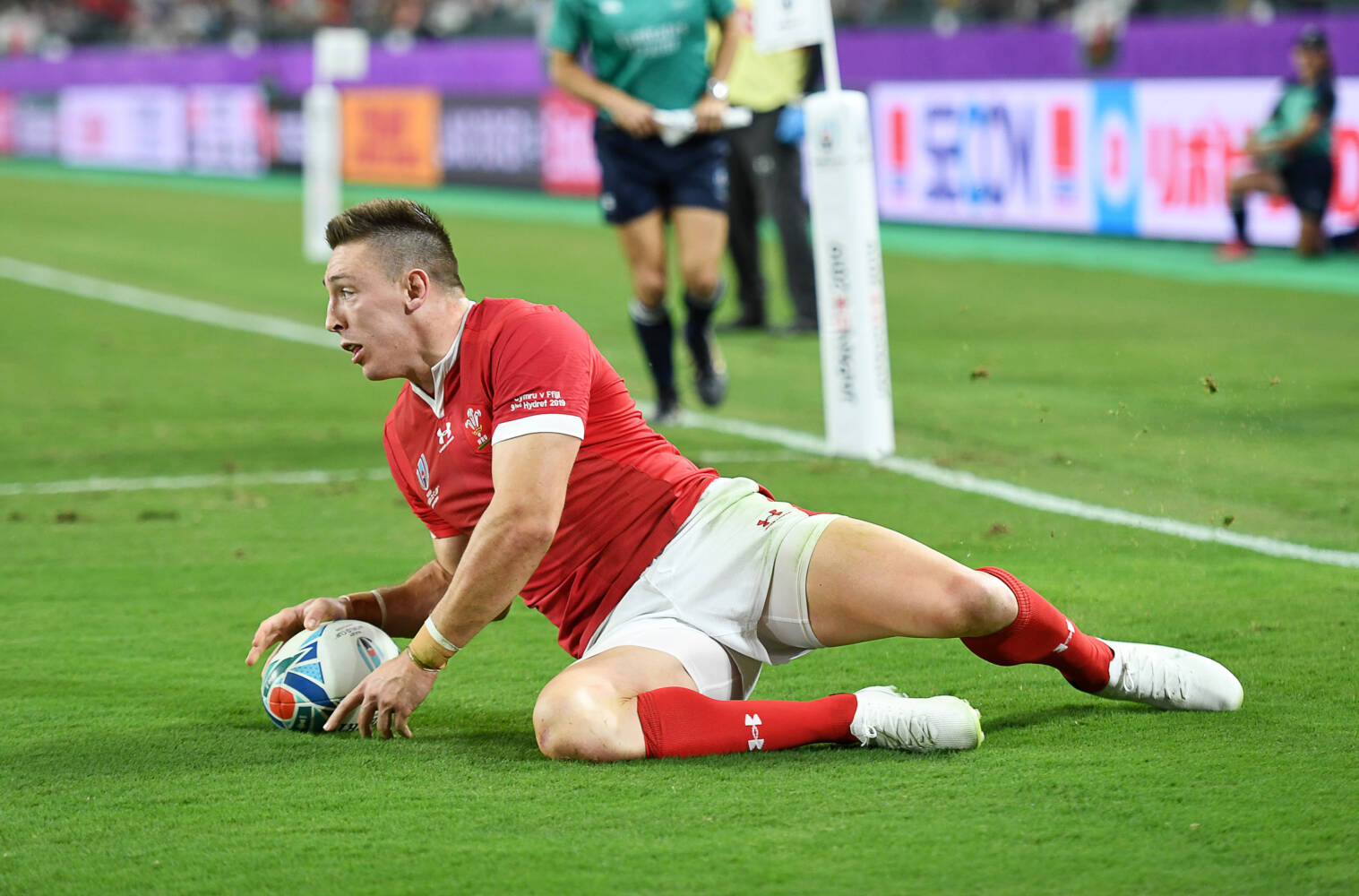 A number of outstanding candidates deserved to claim the #11 jersey with Jonny May (England), Marika Koroibete (Australia), Makazole Mapimpi (South Africa) and Kenki Fukuoka (Japan) all staring in Japan.

However, it's the competition's top scorer who nails down the jersey despite Makazole Mapimpi almost nabbing the jersey from the Welshman in the final.

Mapimpi scored a brilliant try in the final and fell just one shy of Adam's total while Fukuoka was sensational scoring 4 in 4 games. 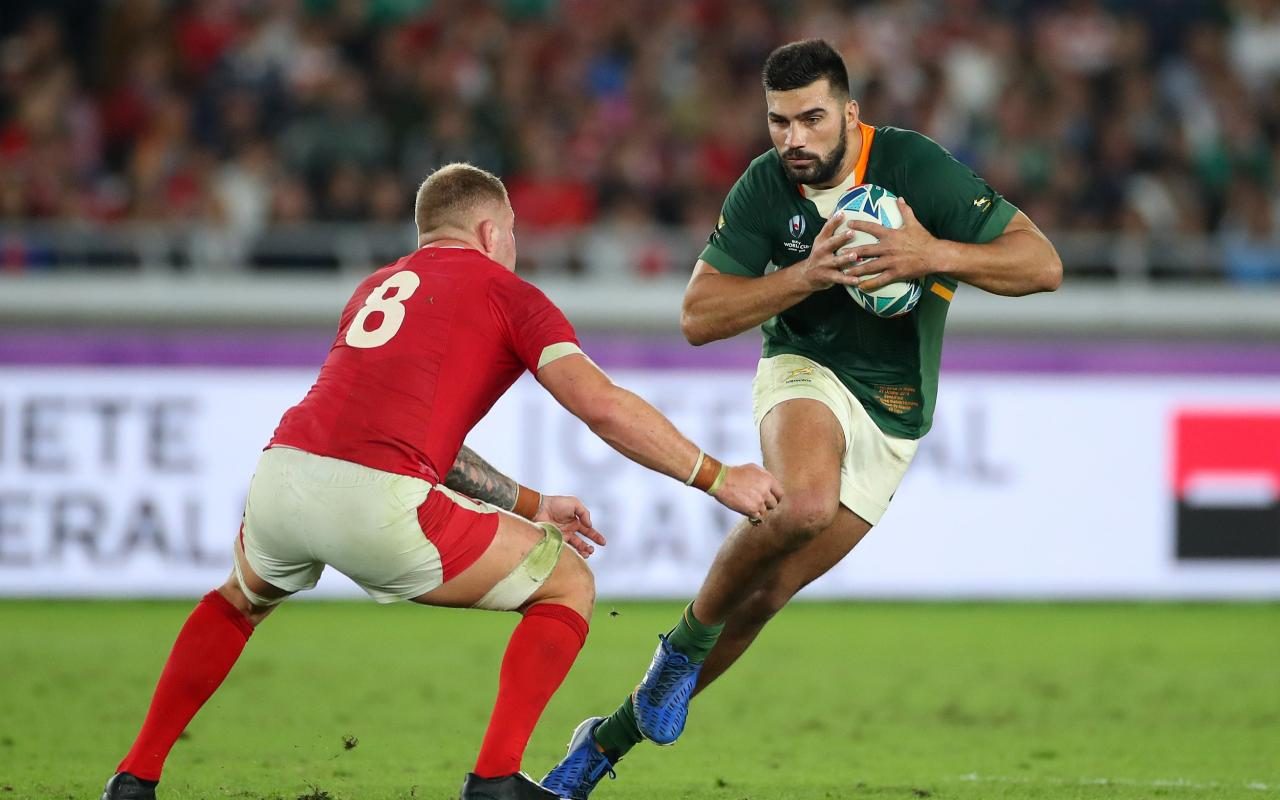 Criticised ahead of the World Cup, Damian de Allende stepped up and had an outstanding Rugby World Cup playing a pivotal role in the Springboks run to and during the final.

He was simply superb on defence and at the breakdown as the Springboks' defence dominated the knockout stages of the World Cup.

While Owen Farrell was fantastic for England, he narrowly misses out to the Springbok, and just.

Farrell was brilliant in leading his side to the final whether he started at flyhalf or inside centre and joins Samu Kerevi as the two centres that made it an incredibly difficult call to make.

Realistically any of three choices could have made our team but it's the Springbok who gets it. 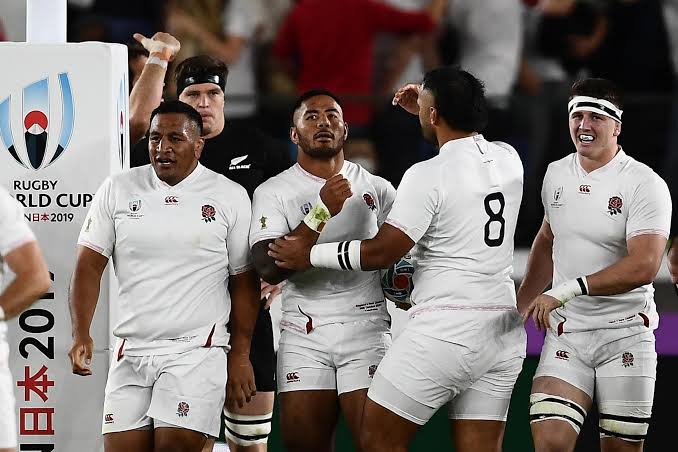 While Owen Farrell narrowly misses out, Manu Tuilagi storms into our side.

Tuilagi was at his destructive best during the Rugby World Cup, he stormed defences, smashed players backwards and overall he was sublime.

His performance against Tonga in a physical encounter shows just how brilliant he was. He was also excellent against the All Blacks and key to victory against Australia.

📊| Manu Tuilagi’s 1st half for England

Lukhanyo Am was the heartbeat to the Springboks' width defence during the World Cup while Jonathan Davies, Jack Goodhue and Timothy Lafaele all deserve mentions. 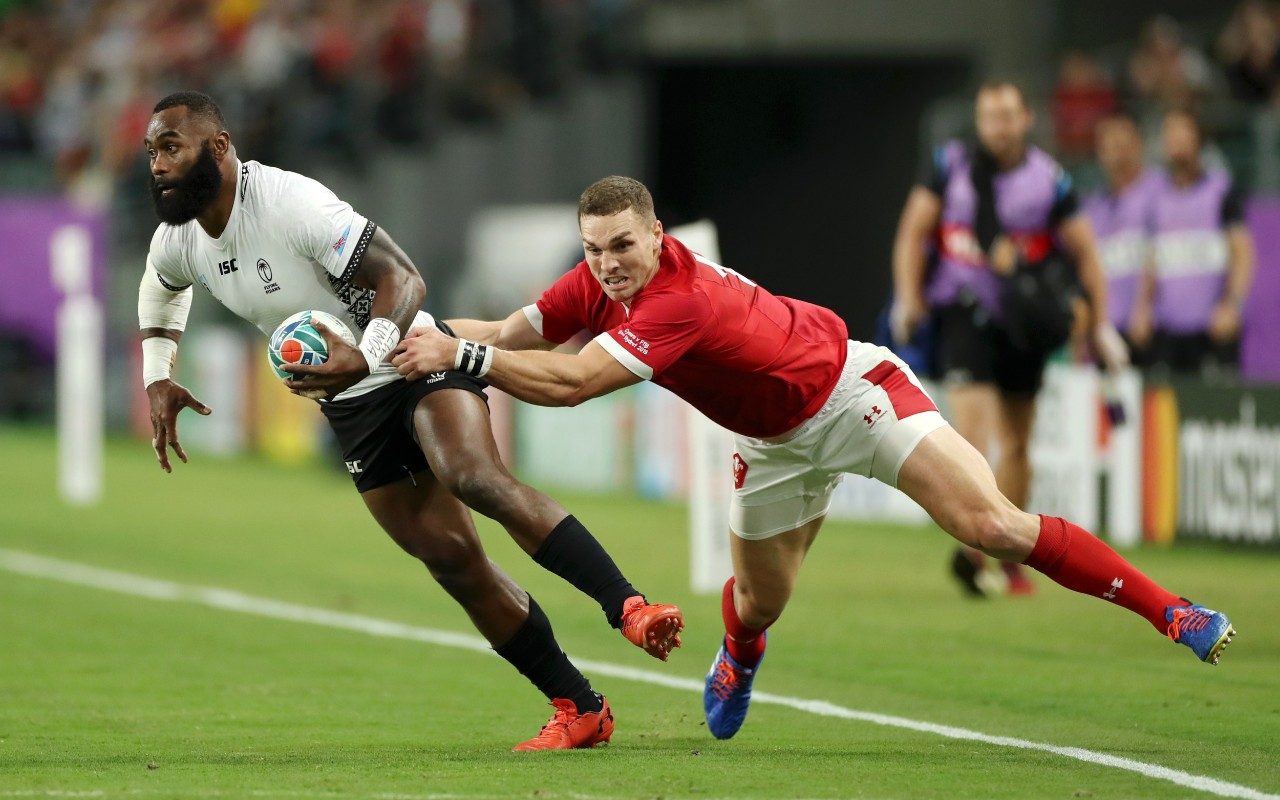 It's extremely harsh to leave the likes of Kotaro Matsushima, Anthony Watson and Cheslin Kolbe out of our team of the competition but considering the fact that Fiji got knocked out of the World Cup in the pool stages and Radradra still finished the competition with most defenders beaten and up until the third-fourth playoff he had made the most running metres, he thoroughly deserves his place.

He was outstanding for the Fijians in an otherwise disappointing World Cup and put in one of the best individual performances of the Rugby World Cup against Wales.


He did enough to edge out the rest, who as mentioned before are incredibly unlucky to miss out. 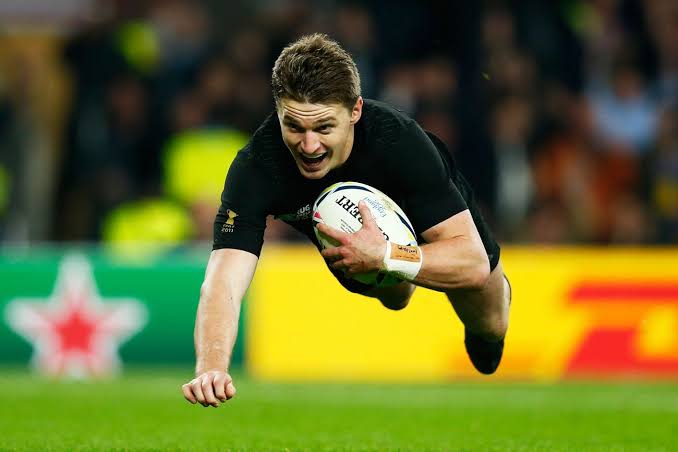 A two-horse race between Beauden Barrett and Liam Williams for the final spot in our Team of the Competition.

The All Blacks' talisman shined at fullback during the World Cup as he topped the carries and running metres in the tournament.

Williams lived up to his self-appointed nickname as the 'bomb defuser' as he was excellent in the air and a rock in the Welsh backfield.

Outside of Williams and Barrett, Kurtley Beale had moments of brilliance, Le Roux stepped up in the final and Elliot Daly shone at times.