The teams for the United Rugby Championship quarter-final between the Stormers and Edinburgh have been named. 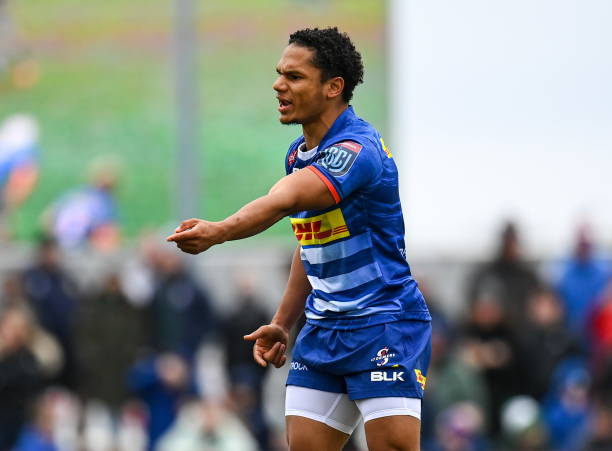 Herschel Jantjies and centre Rikus Pretorius will make their return in the Stormers’ matchday 23.

The inclusion of Jantjies and Pretorius are the only changes from the team that started the win against Scarlets in Llanelli which saw them clinch the South African Shield in the final game of the regular season.

Jantjies starts at scrumhalf, while Pretorius is at inside centre in place of Damian Willemse, who has been ruled out due to an arm injury.

The only other changes to the matchday squad see lock Adre Smith and debutant utility back Sacha Mngomezulu included among the replacements.

Stormers head coach Dobson said that while Willemse had been given as much time as possible to prove his fitness, it was decided not to risk him with Pretorius ready to step in.

Scotland international winger Darcy Graham will make his 50th appearance for Edinburgh Rugby as one change is named to the capital side’s starting XV to face Stormers.

Henry Pyrgos starts at scrum-half in place of the injured Ben Vellacott in the only alteration to the side that claimed a 28-11 derby win against Glasgow Warriors a fortnight ago.

An unchanged back-three sees Argentine international Emiliano Boffelli – this week named in the Pumas squad for the upcoming Summer Series against Scotland – continue at full-back alongside capped wingers Graham and Damien Hoyland.

Centres Chris Dean and Mark Bennett once again link-up in midfield as stand-off Blair Kinghorn – a try-scorer against Warriors two weeks ago – and Pyrgos combine at half-back.

WHAT THE COACHES SAID

Stormers Head Coach John Dobson said: “A lot of hard work has gone into securing this home quarterfinal, so we are determined to rise to the occasion. It has been a good week of preparation and everyone is excited about what should be a memorable day. We want to raise the intensity and make sure that we are at our best for the full 80 minutes, playing the kind of rugby that has got us into this position."

Edinburgh Rugby Head Coach Mike Blair said: “As a squad, we really benefited from our two-week tour of South Africa back in April, and its once again galvanised the guys – there’s a great feeling of togetherness with this group. They love playing for each other and representing this club. We’ve approached tomorrow night’s match in the same way we have all season. It's really important for us to stay relaxed and trust what we are trying to do. Stormers are a strong side and we know it’s going to be a huge test away from home, but we have belief and confidence in the way we want to play.”