Video - Will Jordan shows his class again for Tasman

Tasman Mako ran out 24-41 victors over Counties Manukau on Saturday with Kieran Read making his return to Mitre 10 Cup action but Will Jordan took the spotlight once again as Tasman's back three shone in the encounter.

Tasman had real talent out wide with Blues speedster Mark Telea starting on the left wing, Sevu Reece on the right with Will Jordan at fullback.

Jordan's Super Rugby Aotearoa form saw him earn a debut call up for the All Blacks and the 22-year-old did not disappoint in the season opener against Counties.

Jordan made metres with ease making over 60 running metres for the Mako with his scathing run in the build up to fellow Crusader Leicester Fainga'anuku's try.

Will Jordan is at again 😮 pic.twitter.com/FN3kIRjYCb

On the opposite side of the pitch, fellow All Black squad member Dalton Papali'i also got his name on the scoresheet with the flanker dotting down in the 36th minute adding to his fine try scoring form that saw him dot down four times in Super Rugby Aotearoa season. 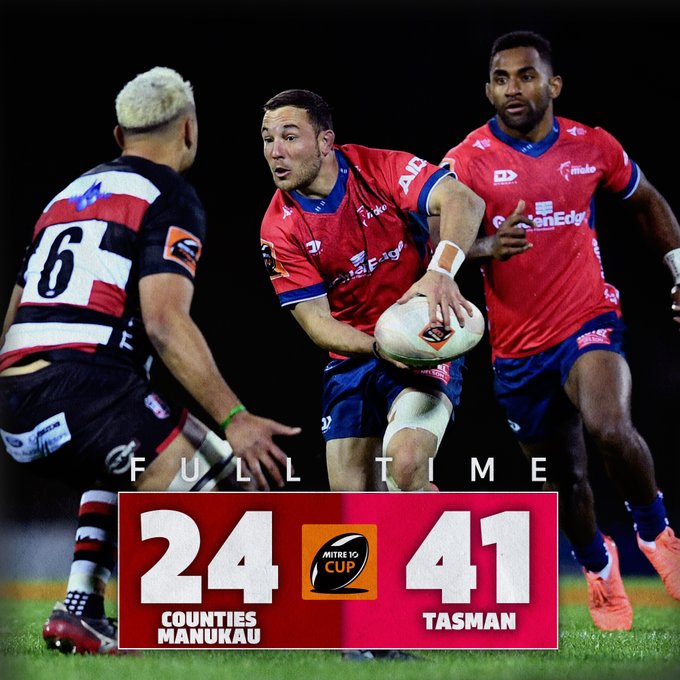