Waisake Naholo returns for the Highlanders

Shannon Frizell returns from his All Blacks’ break to take his place at number eight for the Pulse Energy Highlanders against the Lions on Saturday (1.05am Sunday morning NZT). Elliot Dixon gets a well-earned break and Dillon Hunt completes a new look backrow with James Lentjes heading to the bench. Josh Dickson and Tom Franklin will lock the scrum and Tyrel Lomax replaces Siate Tokolahi at tighthead.

In the backs, Waisake Naholo, returns from a lengthy injury break and will ease into the action off the bench. Teihorangi Walden will partner with Rob Thompson in the midfield and Patelesio Tomkinson will move to the wing to cover for the injured Tevita Li. Daniel Hollinshead will again cover the pivot position. 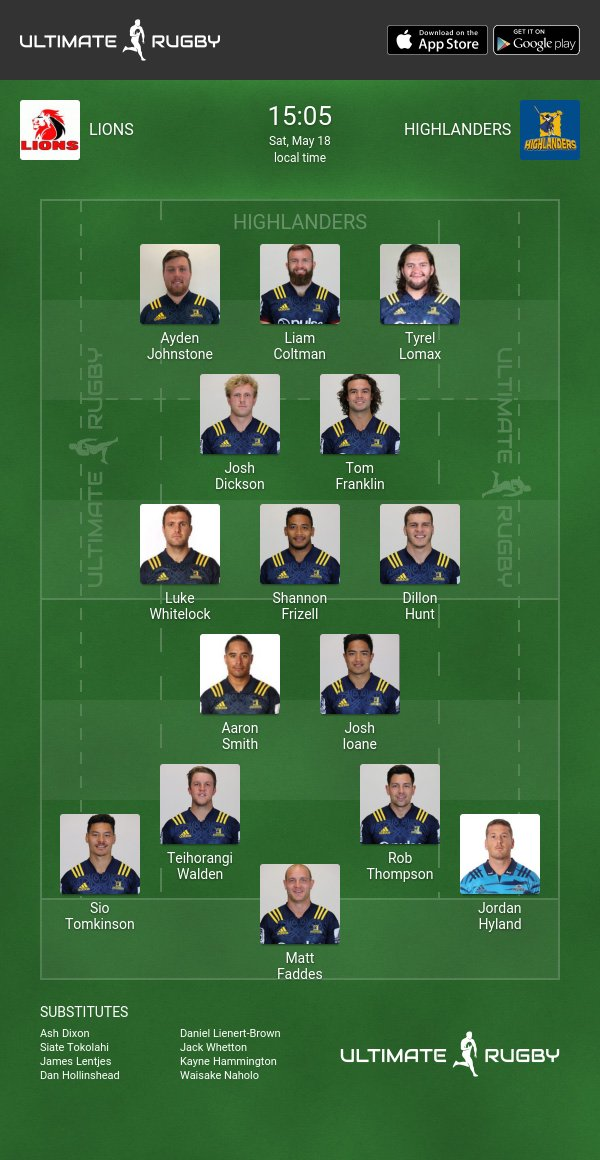