Wales coach Warren Gatland has named his team for the Pool D match against Uruguay at Kumamoto Stadium on Sunday, 13 October.

The team sees 13 changes to the starting XV which played against Fiji. This is the highest number of changes ever made to a Wales team at a Rugby World Cup.

Hadleigh Parkes and Josh Adams are the only players from the 15 who started against Fiji to retain their places.

Alun Wyn Jones is rested. He last missed a RWC match when Wales played against Uruguay four years ago.

Justin Tipuric and Hallam Amos are the only players in Sunday's starting XV who also started against Uruguay four years ago.

Tipuric will captain Wales on Sunday when winning his 69th cap for the country. This will be the first time he has captained Wales.

Aled Davies, Ryan Elias, Bradley Davies, Adam Beard and Hallam Amos all make their RWC 2019 debut. This means that Wales have selected all 31 members of their squad to play during the group phase. 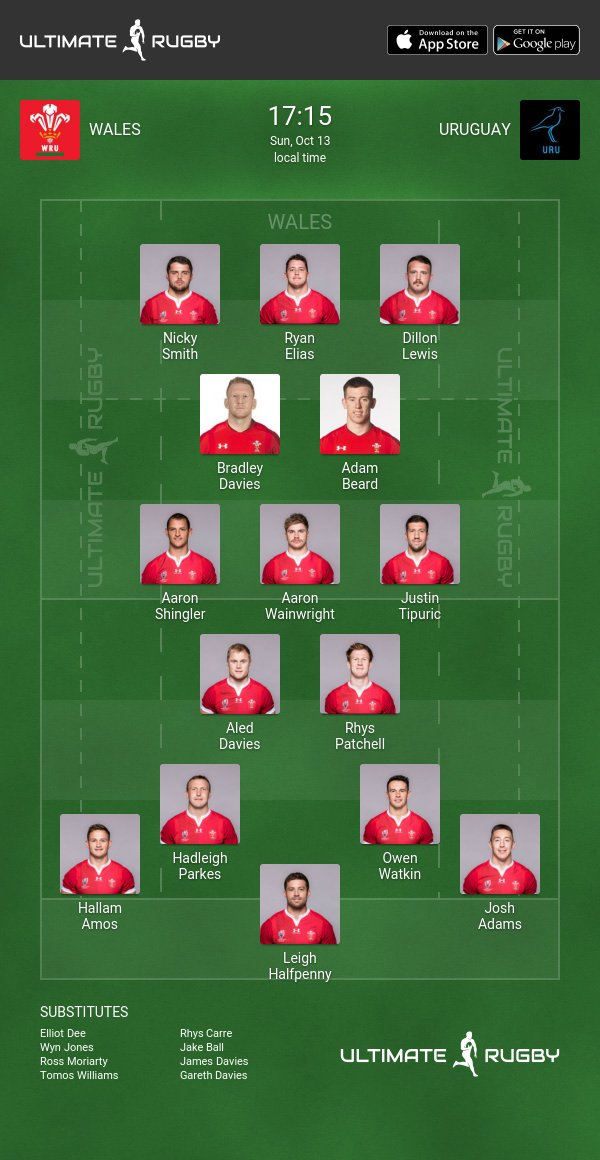