Wallabies new boy can benefit from Haylett-Petty and Beale experience

Teenager Jordan Petaia will benefit from playing alongside Dane Haylett-Petty and Kurtley Beale when he makes his Australia debut at the Rugby World Cup, according to Michael Cheika.

Petaia is set to make start on Saturday in the Wallabies' Pool D clash with minnows Uruguay, for which Cheika has made 12 changes to his starting XV.

The Reds back will become the youngest Australian to play at a World Cup, with the 19-year-old's wait for his debut extended by hamstring injuries that kept him out of games with Italy and Samoa in November and September respectively.

He missed almost all of the 2019 Super Rugby season due to a foot problem, but the clash in Oita will see Petaia become the first Australian to make his international bow at a World Cup since Berrick Barnes in 2007.

"I think he has got a lot of talent, Jordan, and we will see it for the first time," Australia coach Cheika said at a media conference. "This is the first game ever I will have been able to be involved with him in a game.

"He is just starting out, so we will let him get into the flow and see how he feels. He has a couple of very experienced campaigners next to him in Dane and Kurtley so he will have plenty of experience around him to talk him through.

"But he is a good young man and a good young player and I am sure he will love it running out there at the weekend."

Fly-half Bernard Foley is not included in the squad to face Uruguay having received criticism for an error-strewn performance in the Wallabies' defeat to Wales last time out.

"Bernard - I think he struggled a little bit on the weekend. No doubt about that," Cheika said.

"Christian [Lealiifano], he found his feet pretty well in the Test matches this year. Matt To'omua has played pretty well there as well, finishing for us.

"So, Bernard is working hard on getting himself back into the team. He has been training hard. He did some good things at the weekend, some things he would want to improve on." 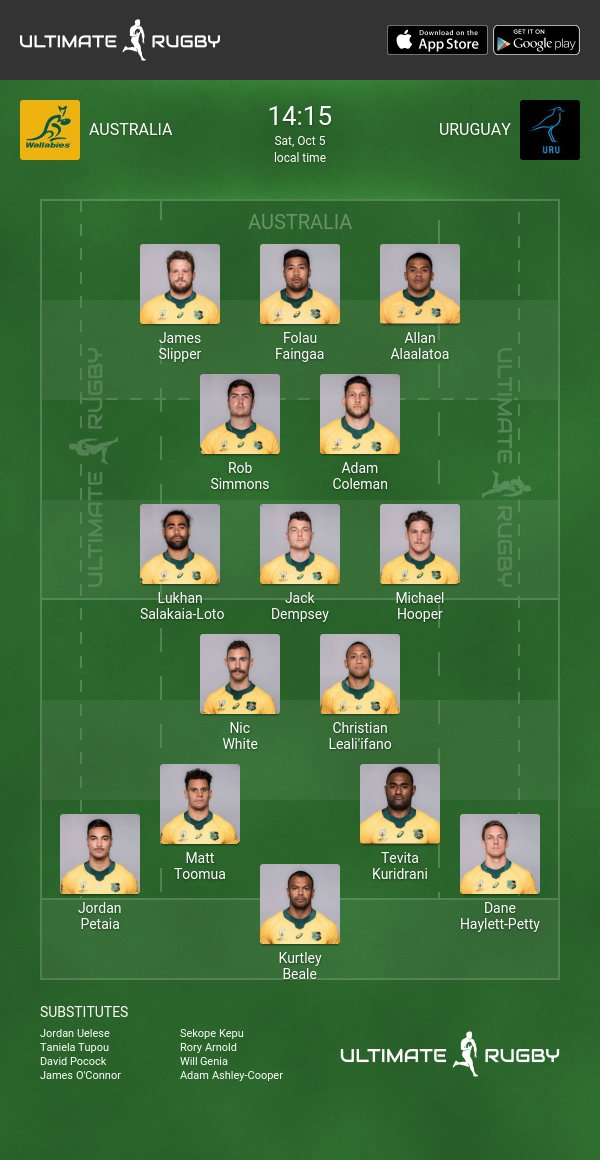