Cheslin Kolbe got Toulouse off to a perfect start on Saturday against La Rochelle scoring in the 11th minute of the game as he strolled in from a neat set-piece.

However, the Springbok speedster doubled his tally with a sublime score where he showed off his footwork much like he did in the Rugby World Cup final against England.

Kolbe received the ball from Thomas Ramos on the right-wing. He stepped past fellow South African Raymond Rhule with some excellent footwork before beating two more defenders to finish off the excellent score.

Kolbe's double helped Toulouse to a 20-10 half time lead over La Rochelle with hooker Pierre Bourgarit dotting down for the visitors and Thomas Ramos adding two penalties and the two extras on Kolbe's try.

Ramos extended Toulouse's lead in the second half with a penalty which Ihaia West cancelled out with one of his own soon after.

Dillyn Leyds dotted down in the 52nd minute for La Rochelle before Jules Pliisson and Ramos traded points from the tee.

A wonderful attack from Toulouse, after two penalty kicks from Ramos, saw Sofiane Guitoune dart over the try line as Toulouse claimed a 39-23 victory. 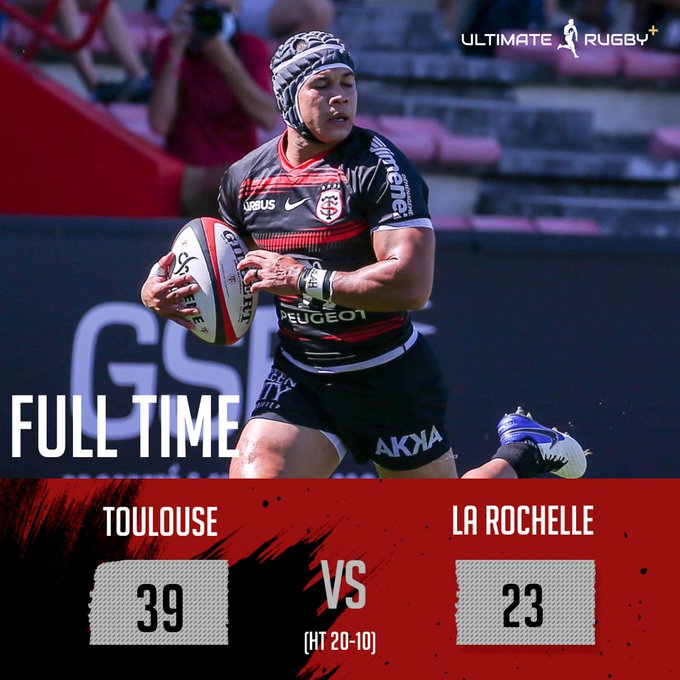