Wednesday Afternoon Round Up

Newcastle Falcons have added another proven top-level try-scorer to their squad with the news that Canada and Scarlets wing DTH van der Merwe is moving to Kingston Park Stadium for the 2017-18 season once his Scarlets deal expires.

"DTH is a top-class finisher who has been doing it on a consistent basis for club and country over a number of years now," said Newcastle’s director of rugby Dean Richards.

“We are a team who create plenty of try-scoring opportunities but have not always had that ability to finish them off. DTH definitely gives us that, and we look forward to working with him when he joins us ahead of next season.”

A Pro 12 title winner with Glasgow in 2015, Van der Merwe has plundered 45 tries in his 98 outings in the competition as well as a further 12 in 30 European Champions Cup games. Jack Wilson has extended his stay with Bath Rugby until at least 2019, the Club has confirmed.

"It’s great news to have Jack on board for next season," said Director of Rugby, Todd Blackadder.

"He’s been a real positive influence on the squad and I know he has a lot more to offer in the last few months of the season and looking ahead to the future.

“His experience in the Southern Hemisphere and in Sevens brings that different dimension to the squad, which will be invaluable during his time with Bath Rugby.”

The 27 year-old winger joined Bath in October, making the move from New Zealand provincial side Otago, and has made eight appearances so far, scoring three tries in the process.

Newcastle Falcons have added another proven top-level try-scorer to their squad with the news that Canada and Scarlets wing DTH van der Merwe is moving to Kingston Park Stadium for the 2017-18 season once his Scarlets deal expires.

"DTH is a top-class finisher who has been doing it on a consistent basis for club and country over a number of years now," said Newcastle’s director of rugby Dean Richards.

“We are a team who create plenty of try-scoring opportunities but have not always had that ability to finish them off. DTH definitely gives us that, and we look forward to working with him when he joins us ahead of next season.”

A Pro 12 title winner with Glasgow in 2015, Van der Merwe has plundered 45 tries in his 98 outings in the competition as well as a further 12 in 30 European Champions Cup games.

Rob Elloway has announced his retirement from professional rugby to spend more time with his growing family.

Elloway has been an integral part of the Pirates since signing with them in 2007, 10 years later and he has played 229 games for the club.

Speaking of his retirement, Rob said:

"Involved in playing professional rugby for 15 years, I have been lucky enough to play for Gloucester, Cornish Pirates, Barbarians and Germany all of which have been memorable."

"10 of those years have been with the Cornish Pirates, and I have many great memories. In particular, winning the British & Irish Cup against Munster, beating Nottingham in the mud a few days after the passing of a great clubman, Dave 'Bezzy' Berryman, and scoring two tries to beat Bristol at home in 2015." 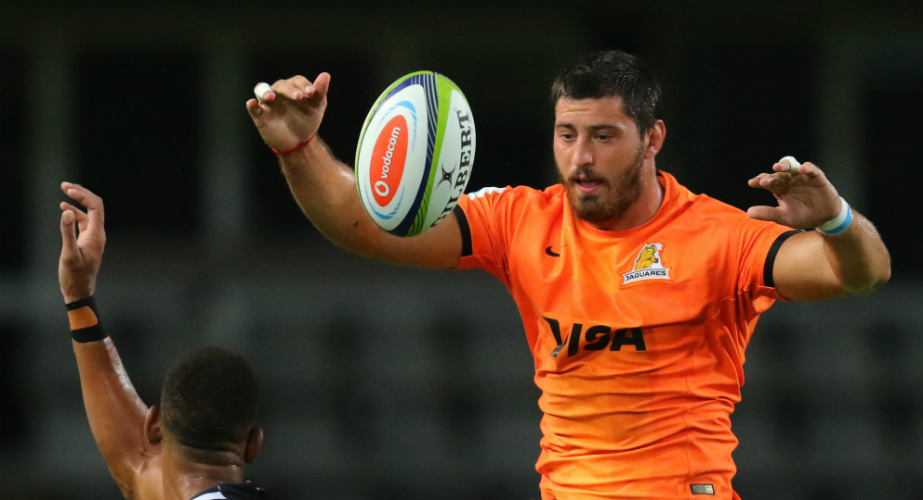 The Jaguares and UAR have confirmed the contract extensions of Nahuel Tetaz Chaparro, Javier Ortega Desio and Enrique Pieretto until 2019.

"It is great to know that we will be able to count on these players in the future, not only for the Jaguars, but also For the rest of the National Team. 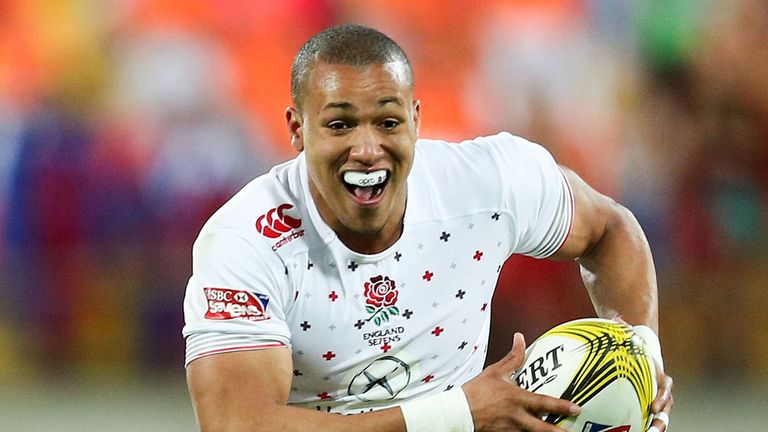 Wasps today confirm the signings of winger Marcus Watson and prop Ben Harris, who will arrive at the club from Newcastle Falcons ahead of the 2017/18 campaign.

Ben Harris will return to Wasps next season, having impressed during his short-term loan stint with the club. The England Counties prop previously represented Yorkshire Carnegie and Rotherham Titans before joining Falcons.

In addition, Wasps will also be joined by hooker Antonio ‘TJ’ Harris, who is currently playing his rugby in the Championship with Nottingham Rugby.

“We’re pleased to bolster our front row options for next season, with the addition of Ben Harris and TJ Harris. We already know a lot about Ben and believe he has real potential at this level. TJ Harris has also impressed us in the Championship and we think he still has lots of growth in him. At only 22, he will only get better and we’re sure they will both become valuable members of our squad." Blitzbok coach Neil Powell has announced his squad that will take part in the North American part of the World 7's Series.

The squad is without Seabelo Senatla and Kwagga Smith who are playing Super Rugby for the Stormers and Lions respectively.

The welcome return of Cecil Afrika is accompanied by the addition of Stefan Dippenaar and a possible debut for reserve player Stedman Gans.

“The fact that we have two proven players to slot in is indeed a bonus. Cecil has scored over a 1000 points in the series and Stephan has been part of squads that won the Las Vegas tournament in the past, so I am pretty pleased.” Powell said

He continued: “We have to build some depth and experience in the group and Stedman has proved in training that he is ready to play at this level. Zain Davids showed in Wellington and Sydney that our systems are in place and this will be a good learning curve for Stedman, no doubt,”

The Springbok Sevens team for the HSBC Las Vegas Sevens (with caps and points) is:

Wales have made one change to their side to face Scotland at Murrayfield on Saturday with George North returning from injury to take his place in the starting XV.

Wales have named an unchanged pack for the trip to Edinburgh Rob Evans, Ken Owens and Tomas Francis resume front-row duties, while Jake Ball & Alun-Wyn Jones resume their partnership in the second-row. The hotly contest back-row also remains unchanged as Sam Warburton, Justin Tipuric and Ross Moriarty join forces once again. Taulupe Faletau is available to be called upon off the substitutes bench.

George North comes back into the side and lines-up in the back-three alongside Liam Williams and full-back Leigh Halfpenny. Alex Cuthbert drops out of the 23.

“We have been able to select from a position of strength which is a huge positive and it is good to welcome George (North) back into the starting XV and Luke (Charteris) on to the bench,” said Wales Head Coach Rob Howley Italy head coach Conor O'Shea has named Michele Campagnaro and Tommaso Allan in his backline that will take on England on Sunday.

They are two of three changes in the backs as Giulio Bisegni also comes in on the wing, with Tommaso Benvenuti and Carlo Canna dropping to bench duty due to Campagnaro and Allan's promotion to the starting team.

England have made 8 changes to their starting line-up to face Italy on Friday. Jamie Blamire, Josh Caulfield, Ben Curry, Ciaran Knight and Alex Mitchell all start for the first time in the match.

Zach Mercer will captain the team following Ben Earl’s knee injury which ruled him out of the tournament.

On the bench there are potential debuts for Rory Brand, Max Davies, Marcus Smith, Marcus Street and Henry Walker.

Ireland U20 Side to play France U20

Ireland U20 Head Coach, Nigel Carolan has named the Ireland U20 side to face France this Friday night in Donnybrook.

Ulster and Queen's Rob Lyttle comes into the team at full-back and will win his first U20 cap on Fridaynight. He will be partnered in the back-field by Jordan Larmour and Calvin Nash. Nash will captain the side in the absence of the injured Jack Kelly and Cillian Gallagher.

At half-back, Munster and Garryowen out-half Bill Johnston makes his first appearance for the Ireland U20s since last June, when Ireland faced New Zealand in the U20 World Championships. He is partnered by Queen's University and Ulster scrum-half Johnny Stewart.

Unavailable for Selection:
Fineen Wycherley – drafted into Munster squad for their Guinness Pro12 match this weekend. Scotland Women Head Coach Shade Munro has made one change to the starting XV for this Friday's match against Wales.

Flanker Jemma Forsyth moves from the bench into the number 6 jersey to replace Karen Dunbar, who has been ruled out of the remainder of the Women's Six Nations after sustaining a knee injury against France.

Worcester back-row Lyndsay O'Donnell is called up to fill the gap among the replacements having last featured for Scotland Women in the second-leg of the World Cup qualifier against Spain in autumn.