Warriors back-row forward Marco Mama has pledged his future to the club for another season.

The 27-year-old Zimbabwean has penned a one year extension to his contract which was due to expire at the end of the current season.
Wasps capture Saracens beast Sione Vailanu Wasps have announced the signing of Saracens and Tonga powerhouse Sione Vailanu.


The 24-year-old will make the switch to Ricoh Arena in the summer after 18 months with the Premiership champions. Munster Rugby and the IRFU confirmed that Tyler Bleyendaal, Ciaran Parker and Alby Mathewson have all signed contract extensions at the province. 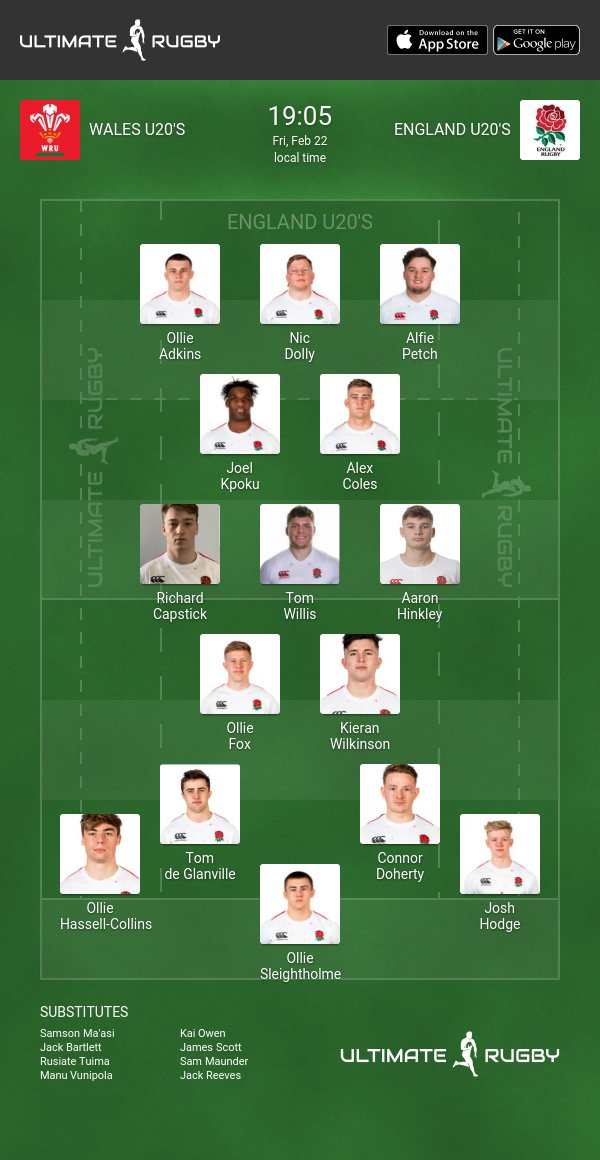 With several players retained by Premiership clubs for this weekend’s domestic fixtures, England U20s has made seven changes to the side that defeated France in the second round of the U20 Six Nations Championship.

In the pack prop Alfie Petch will make his England U20s debut with flanker Richard Capstick the other change in the forwards.

There is a new half-back pairing with scrum half Ollie Fox starting alongside Kieran Wilkinson who also makes his U20s debut.

There is a debut for outside centre Connor Doherty, while inside him Tom de Glanville starts his first U20s game.

Wing Ollie Hassell-Collins is the other debutant for the clash in north Wales with England captained by number eight Tom Willis on Friday. Former All Black prop Carl Hayman has resumed his playing career with amateur league 3 side Bizanos.

Hayman was dismissed as the head coach of Pau in early January and has since decided to resume his playing career as a second rower.

The 45-test cap front rower played 80 minutes for Bizanos in their 46-29 win over St-Pée-sur-Nivelle. Northampton Saints can today confirm that back-row Tom Wood has signed a new deal with the Club.

The 32-year-old pulled on the famous Black, Green and Gold jersey for the 180th time in Saturday’s resounding victory over Sale Sharks, and is now set to press on towards a double-century of Saints appearances after putting pen to paper on a contract extension. Having sustained a suspected concussion while playing for Top 14 at the weekend, Sergio Parisse will sit out Italy's clash with Ireland.

Italy will be without captain Sergio Parisse for their Six Nations clash with Ireland after he sustained a suspected concussion in Top 14 action last weekend.

The number eight took a blow to the head while playing in Stade Francais' 24-13 win over Lyon. Full story