The Leinster Rugby travelling squad for Saturday's friendly against the Canadian Men's team has been named by head coach Leo Cullen.

Second-row Baird made his senior debut last season off the bench against Ulster at Kingspan Stadium and is now in his second year in the Leinster Academy. Full squad France second-row Paul Gabrillagues appeared today before an independent World Rugby disciplinary committee having been cited for alleged foul play in the test match between France and Scotland, in Nice on Saturday, 17 August, 2019.

The Disciplinary Committee viewed footage with various angles of the incident in which Gabrillagues, in the 16th minute of the match, allegedly made contact with the head of an opponent contrary to Law 9.20 – "a player must not charge into a ruck or maul". Full story Bristol Bears have today confirmed that John Afoa has committed to the club for a further season, extending his time at Ashton Gate until 2021.

The 35-year-old was named in the Premiership team of the season after a remarkable maiden campaign for the Bears. 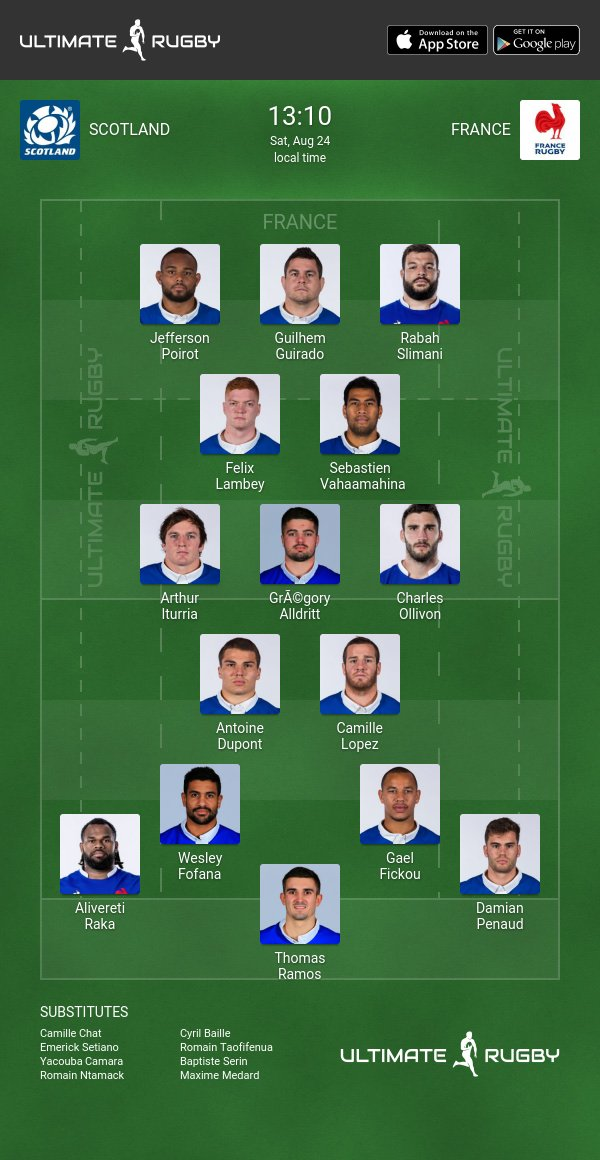 France have made four changes to their team to face Scotland in Edinburgh on Saturday.

Guilhem Guirado, who has recovered from injury, makes his return to the starting squad.

Felix Lambey is joined by Sébastien Vahaamahina, with the third change in the forwards seeing the return of Arthur Iturria.

Thomas Ramos slides in at fullback. Van Velze is in his second spell as captain of the Gallagher Premiership club having led Warriors from 2014 to 2017 and regained the captaincy last season from Donncha O’Callaghan.

Under van Velze’s leadership last season Warriors equalled their most Premiership wins in a season – nine – reached the semi-finals of the Premiership Rugby Cup and the quarter-finals of the European Challenge Cup. Reds have continued to shore up their squad for the future after securing the signature of Angus Blyth for a further four years.

The long-term deal will see the lock remain at Ballymore and in Australian Rugby through 2023 following the next Rugby World Cup in France.

PLAY OF THE WEEK | 2019 International Tests