Australia celebrated a record-setting Bledisloe Cup victory over 14-man rivals New Zealand to keep themselves in the running for the Rugby Championship title.

The Wallabies entered Saturday's match trailing both the All Blacks and South Africa in the standings but, with the Springboks in action later on Saturday, Michael Cheika's men moved into pole position with a 47-26 success, which marks New Zealand's joint-heaviest defeat and the most points they have conceded in a Test, while Australia racked up the highest number of points they have scored in this fixture. Read more

Pollard guides the Springboks to the Rugby Championship title

Handre Pollard contributed with 31 points in Salta guiding the Springboks to a historical win over Argentina. Pollard scored 2 tries and landed 8 kicks on the day as South Africa ran away with a 13-46 win.

The Springboks scored 11 tries for the competition and finished top of the log with 12 points, followed by Australia on 9. New Zealand and Argentina in 3rd and 4th spot. Pollard went on to score the most points in the Championship (42) and holds the record for most points in a single game against Argentina, overtaking Gaffie du Toit who scored 24 points. Read more Following the news that Joey Carbery did not suffer a fractured ankle in the win over Italy, Ireland head coach Joe Schmidt is unsure how serious the fly-half's injury is.

Carbery was carted off in the second half of a 29-10 Rugby World Cup warm-up win in Dublin on Saturday, just seven weeks before the tournament starts in Japan.

The 23-year-old scored Ireland's first try and controlled the game at number 10 before doing damage to his left ankle at the base of a ruck.

Munster's Carbery was cleared of a break and must now wait to discover the extent of his setback. Read more 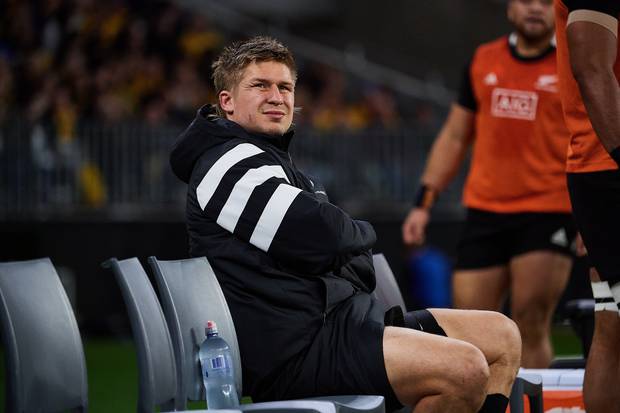 Jack Goodhue will miss next week's Bledisloe Cup decider, after suffering a hamstring strain against the Wallabies in Perth.

The 24-year-old left the field with an upper leg injury in the opening quarter of the Bledisloe Cup clash & was left to sit on the sidelines with an icepack on his right leg after being replaced by Ngani Laumape.

"He definitely won't be available for next week and we'll take it from there," Hansen said. England were too good for a strong Wales side at Twickenham as an experimental England side prevented Wales from going top of the world rankings with a 33-19 win at Twickenham.
Find our player ratings from the clash here
Wales wait on Anscombe scan after England defeat Warren Gatland faces an anxious wait to discover the extent of a knee injury suffered by Gareth Anscombe in Wales' 33-19 Rugby World Cup warm-up defeat to England on Sunday.

The fly-half was helped off in the first half at Twickenham with a damaged left knee, after England lost Tom Curry to what appeared to be an arm injury on the eve of Eddie Jones' World Cup squad announcement. Full story 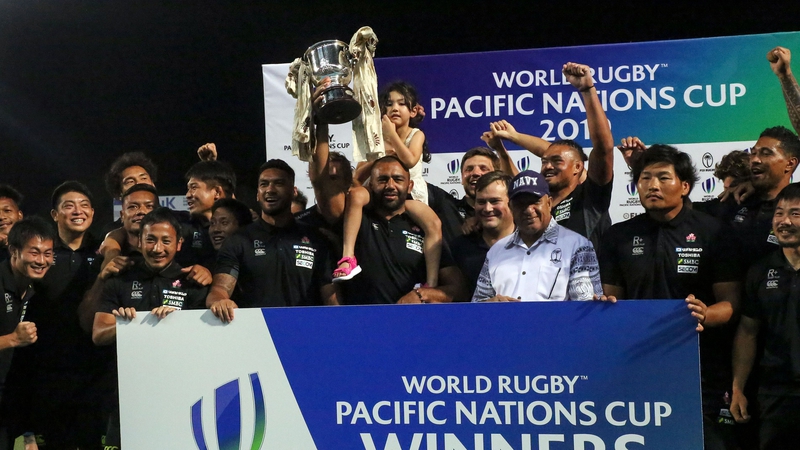 Japan clinched the Pacific Nations Cup on Saturday with a 34-20 victory over the United States at ANZ Stadium in Fiji.

In the tournament decider between the only two unbeaten teams, world No. 11 Japan dominated with four tries, including a brace from captain Michael Leitch. Full match report

Curry injured as All Blacks stay top of the rankings 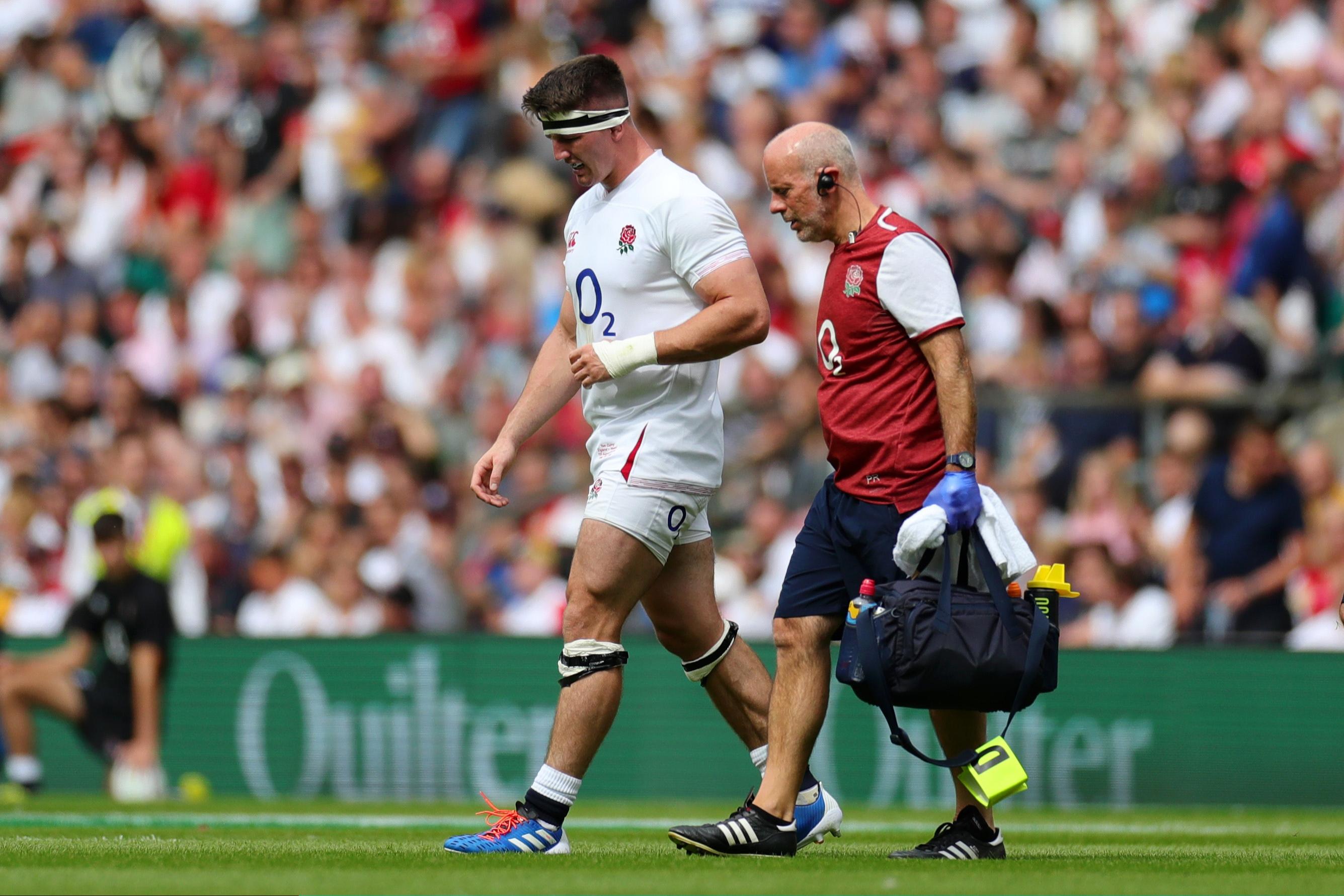 England were too good for a strong Wales side at Twickenham, where Gareth Anscombe and Tom Curry sustained injury blows.

Gareth Anscombe and Tom Curry suffered injuries just six weeks before the Rugby World Cup starts as an experimental England side prevented Wales from going top of the rankings with a 33-19 win at Twickenham.

Australia's Bledisloe Cup victory on Saturday opened the door for the Six Nations champions to replace New Zealand as the top-ranked side in the world for the first time, but they were denied by a fired-up England. Read more

Rugby Championship Team of the Tournament

Some incredibly close calls in our #RugbyChampionship team of the competition with Springboks leading the way with 6 players making the cut https://t.co/8for1G40pR

The Springboks bagged their maiden Rugby Championship title and are in the process of a remarkable turnaround from the performances they have produced over the last few years. The Wallabies shocked the world by crushing the All Blacks and relegating the World Champions to an unfamiliar 3rd sport overall on the table, just ahead of Argentina.

A shortened competition made this year one of the toughest year's to pick a team of the tournament while a number of players pushed incredibly hard for a place but narrowly missed out. Full story

South Africa may have just won the Rugby Championship, but history is against them when it comes to completing a double at this year's World Cup.

In the previous five years when there has been both a Rugby Championship – or its previous incarnation the Tri Nations – and a World Cup, the champions of the first tournament have failed to also deliver success on the global stage.

The Springboks have the chance to make history in Japan, then. They lifted the first of two possible trophies in style on Saturday, thrashing Argentina 46-13 on the road to dethrone New Zealand as champions. Read more

Dane Coles looks ahead to Auckland