Carolan Rules out of Connacht job

Nigel Carolan has ruled himself out of the running of Connacht's head coach next season, with Pat Lam leaving the position vacant. The former Connacht winger, was regarded the front runner for the job but has rejected calls for him to step in.

Carolan has been working with the provinces under 20's since 2004 and coached the Ireland under 20's in 2014. He wants to keep the focus on the under 20 Ireland side heading into the Six Nations that starts in Scotland next Friday.

Commenting on the Connacht's job Carolan had this to say:

"I have two small kids. Going to work for me is not a job, it's like a vacation. Working with the Connacht academy and this year seeing some of those guys come through, getting capped on the Irish side, makes life really easy as a job."

Jersey Reds have secured the services of Harvey Biljon for four more years - the South African Head Coach has signed a new contract that means he'll remain in charge of the Reds' squad until summer 2021.

Biljon moved to the Island at the start of 2014, having previously been Assistant Coach at Cornish Pirates. His first role was to help the Reds avoid relegation at the end of 2013/14, since when they have surged up the league standings over successive seasons, as well as reaching the semi-finals of the British & Irish Cup last season.

Ashley-Cooper to leave Bordeaux at the end of the season

Australian wing Adam Ashley-Cooper is set to leave Top 14 club Bordeaux at the end of the season.

"A few days ago they told me my contract would not be extended which is a shame," Ashley-Cooper said.

"Sports wise and family wise we love it in Bordeaux and love living in France. I'll have to give some thought on what to do next," he concluded.

The 32-year-old with 116 international appearances and who starred at three World Cups arrived in Bordeaux in 2015. 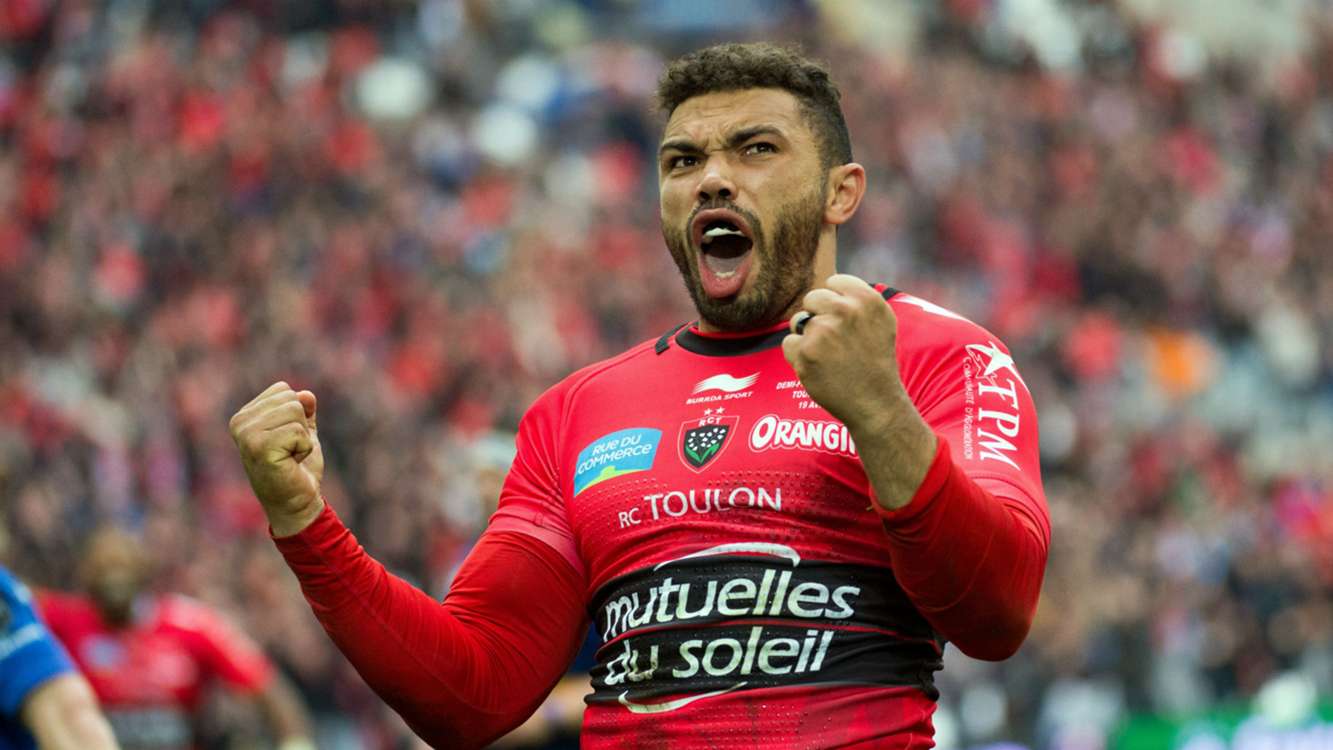 The 33-year-old, who has won European and domestic titles with the side, joined Toulon in 2013 from the Stormers on a three-year contract.

Habana has become a pivotal figure in the Toulon back line and the news will ease fans worries ahead of their Top 14 clash against La Rochelle.

Ospreys legend, Shane Williams, has linked up with the region once again, almost four years after his final appearance in the famous shirt, accepting an ambassadors role.

The flying winger, whose 57 tries in 141 games remains an Ospreys record, 20 more than the next on the list, signed off after the 2012 Guinness PRO12 Final in Dublin.

“Everybody knows that I’m an Osprey through and through," commented Shane.

"I was given my chance to play professionally at Neath and then was at the Ospreys from the start of regional rugby, enjoying nine great years.

“Since retiring, through Star Multifuels, I’ve learned the importance of good business networking opportunities, which makes this new role doubly satisfying. Not only am I back with the Ospreys, I can also enjoy the fantastic corporate side of the business, which has always led the way.”

Kodama will go from opponent to teammate with the 24-year-old expected to line up for the Panasonic Wild Knights against the Rebels on the opening day of the Brisbane Global Rugby Tens before he joins the Super Rugby club at the end of the two-day tournament.

Worcester Warriors have confirmed that Langi Haupeakui has officially left the club, citing ‘family reasons’ for his decision not to return to Scotland following the holiday break. Warriors have announced the signing of Scotland international Ryan Grant, who has joined the Club with immediate effect.

The loosehead prop has made 25 appearances for his country and was also part of the British & Irish Lions squad which defeated Australia in 2013.

Warriors can today confirm that Gary Gold will join the Club as Director of Rugby on Monday 30 January.

The 49-year-old will take on the role initially until the end of the season.

Gold began his coaching career in 2001 as Forwards Coach at London Irish before stepping up to Head Coach in 2003 for two years.

He joined the South Africa international set-up as Assistant Coach in 2008 before joining Bath Rugby as Director of Rugby in May 2012 and taking up the same role at Durban-based Super Rugby side the Sharks in 2014. London Welsh fixtures will be expunged

All fixtures and results concerning London Welsh this season will be expunged, meaning The Greene King IPA Championship will be further contested by the remaining 11 teams. 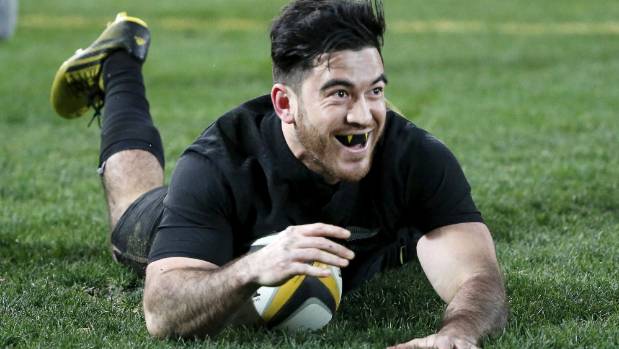 Nehe Milner-Skudder has extended his contract with the Hurricanes and New Zealand Rugby for the next three years.

"Being part of the Hurricanes for the past three years has been an awesome experience and though I wasn't able to play a big part on the field last year, winning the Investec Super Rugby trophy for the first time only reinforced my view that the club is building something special," commented the 26-year-old.

My partner and I really enjoy living in Wellington and with the British and Irish Lions on the horizon, 2017 shapes as a huge year."

Milner-Skudder's new contract will take him through to the end of the 2019 season.

Newport Gwent Dragons flanker Nic Cudd has committed his future to the Men of Gwent and will remain at the Region until 2019 at least.

Since his Dragons debut against his old team Scarlets, 28-year-old Cudd has made over 100 appearances for the Men of Gwent. He is known for his robustness in the number seven shirt and is one of the most effective and respected breakdown operators in the Guinness PRO12. Patrick Lambie to lead the Sharks

"He’s a natural leader, who provides great inspiration and motivation for our young players and he has all the qualities needed to be a great captain."

Warwick Tecklenburg retires from all rugby with immediate effect

Lions flanker Warwick Tecklenburg has decided to call it a day and have retired from all rugby with immediate effect and will focus on the family farming business.

“It has always been my dream to play professional rugby at the highest level. It has been an absolute pleasure and privilege to play for the Lions and be part of such a great team and professional setup...

"It has always been my intention to join my family in the family farming business after rugby. It has been a very difficult decision to make but I feel the time is right for me to move on.

“Within the Lions system there is a wealth of talent and I am sure they will continue to go from strength to strength," said Tecklenburg.

The flanker joined the Lions in 2013 from the Bulls and immediately made a huge impression. He has 44 Super Rugby caps for the Lions and starred in 16 Super Rugby matches in 2016.

Munster confirmed the signing of the 3 Irishmen via their Twitter and website on Tuesday and have all signed 2 year deals.

Farrell joins from Grenoble, while Harte moves from Racing 92 and Hanrahan returns from Northampton Saints after 2 seasons with the English club.

The Scannell brothers, Rory and Dave, have just recently being called into the Ireland 6Nations side, have extended their contracts to 2019 along with Bleyendaal, Williams and Sweetnam. Kilcoyne however has extended his stay to 2020. 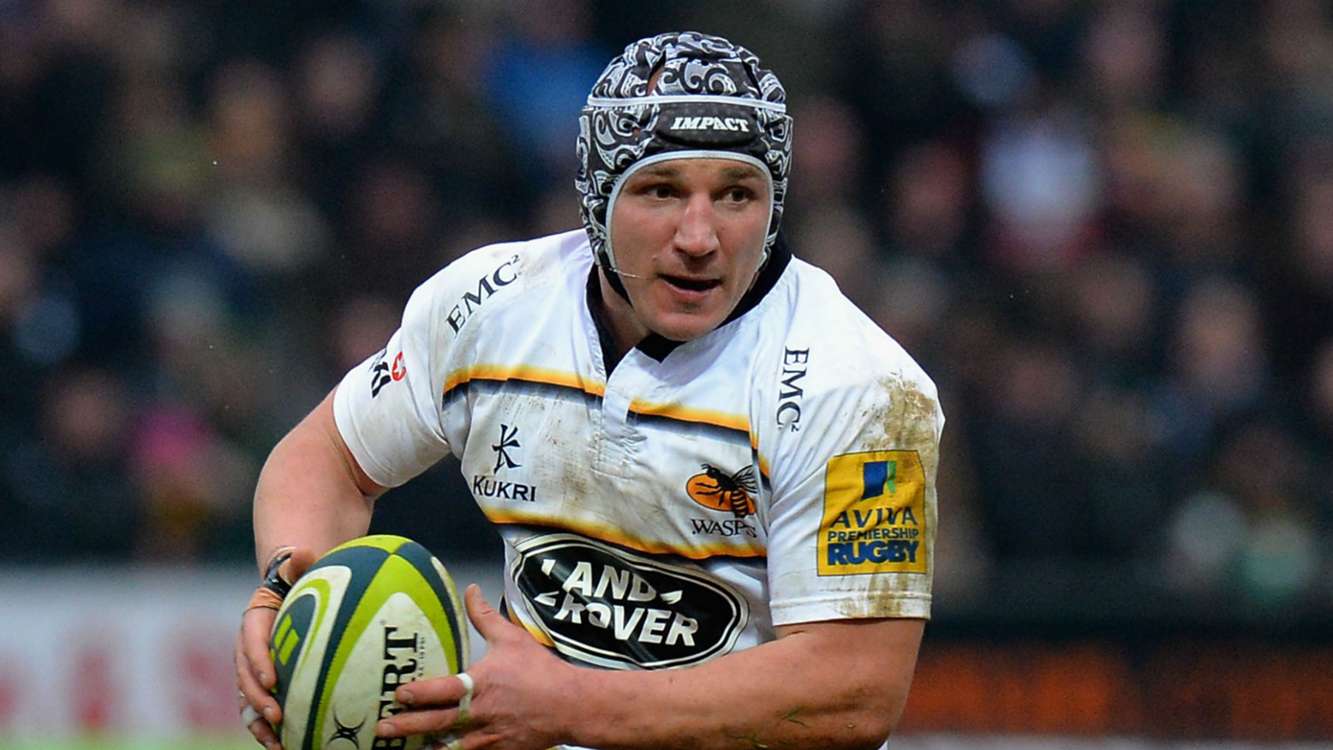 Carlo Festuccia to re-join Wasps for remainder of season

Former Italy, Wasps and Zebre hooker, Carlo Festuccia, has re-joined Wasps on a short-term contract until the end of the 2016/17.

Festuccia, who previously made over 60 appearances for Wasps during his three seasons with the club, returns to provide cover after injuries to Tom Cruse and Wasps’ Senior Academy hooker George Edgson, with Tommy Taylor named in England’s 34-man-squad for the RBS 6 Nations.

France have suffered another setback as loosehead prop Eddy Ben Arous has been ruled out of their squad.

The 26-year-old Racing 92 forward, who has 14 international appearances to his name, is replaced by Toulon prop Xavier Chiocci in the group.

Meanwhile, Henry Chavancy has been replaced in the squad by Mathieu Bastareaud. "I played and worked with Brendan to London Irish in the past and I believe that this agreement is the best it can be, for us and for him," Italy coach Conor O'Shea commented.

"We are excited to be working with him for years to come. He's a coach respected by the whole international rugby scene and we are proud that he wants to join our project with Italy until the next Rugby World Cup. "

Venter, who earned 17 caps for the Springboks, worked with the Azzurri for last year's autumn internationals and was part of the coaching team that led Italy to their historic win over South Africa.