What does Cheslin Kolbe's replacement Sbu Nkosi bring to the Springbok side?

The Springboks will be without their star winger Cheslin Kolbe for their semi-final clash with Wales at Yokohama Stadium on Sunday.

Kolbe has been sensational since linking up with the Springboks last year and his absences will be felt.


However, his replacement is far from a step down in class. Sbu Nkosi has been just as impressive for the Springboks since making his test debut against England in 2018.

Nkosi has a superb try-scoring record dotting down 8 times in 10 starts for the Springboks, including one against Canada during the pool stages of the World Cup.

So what does Nkosi bring to the side and what do the Springboks lose with Kolbe ruled out?

Another strong ball carrier in the backline 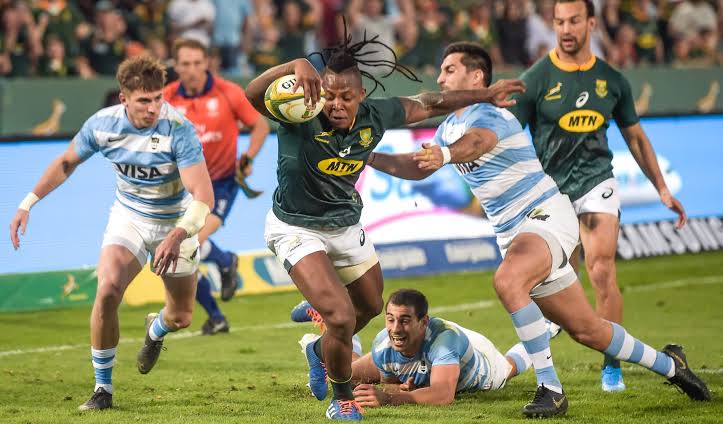 Nkosi will add another strong ball carrying option to the Springbok backline, with Damian de Allende and Handre Pollard the only two strong ball carriers in the starting XV from the past encounters. The likes of Kolbe, Mapimpi, le Roux and Am are far more elusive compared to the directness of Pollard, Nkosi and de Allende.

Nkosi weighs in at about 100 kgs, meaning he adds about an extra 20 kgs to the Springbok backline.

The Springboks' defensive pattern requires the wingers to make quick and decisive decisions on defence to snuff out dangerous attacking plays. This is an area where Kolbe has excelled in on the right wing and part of the reason why Nkosi hasn't been able to force his way into the side on the left despite being in fantastic form.

Nkosi is an astute defender but is far more comfortable on the right side of the pitch than the left. However, he will need to be on top form on Sunday as he is likely to front up against in form try scorer Josh Adams, who has already dotted down five times in this tournament.

Despite being one of the shortest players at the Rugby World Cup, Cheslin Kolbe has been nothing short of superb in the air with other Springboks back struggling under the high ball.

This is an area where Kolbe has an edge over his replacement. Nkosi is far from inadequate in the air but he is not as prolific as Kolbe. 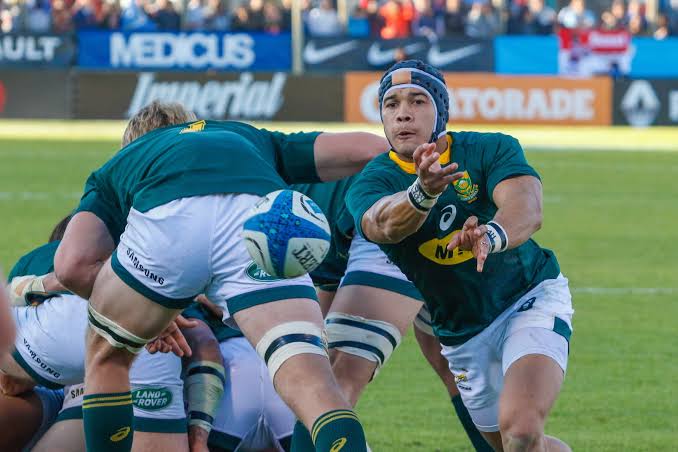 One of the biggest things the Springboks lose with Kolbe ruled out is versatility. With Kolbe in the side, Erasmus had cover on either wing, fullback as well as scrumhalf.

Nkosi is more of an out and out winger and with a 6-2 split of forwards and backs on the bench, the Springboks may find themselves short on backs if injuries hit during the clash.

Out to prove a point!

Kolbe's injury provides Nkosi with the opportunity to capitalise on his outstanding current form and deliver in the big games.

Nkosi has featured against Australia, Argentina, Canada and Namibia, games in which the Springboks have fielded mostly second-string sides.

Nkosi failed to score in just one of those four games (Namibia) but managed to claim a brace against Argentina.

A massive performance in the semi-final could force Rassie Erasmus' hand if the Springboks manage to make the final.