It has today announced that the 2020 Women’s Six Nations will begin with three Sunday fixtures on the first weekend in February 2020.

Champions England will get their campaign underway with a crucial clash against perennial title rivals France at the Stade du Hameau in Pau while last year’s second place finishers Italy will open their Championship at Cardiff Arms Park against Wales. Ireland, title winners in 2013 and 2015, will face off against Scotland at Energia Park in Dublin. 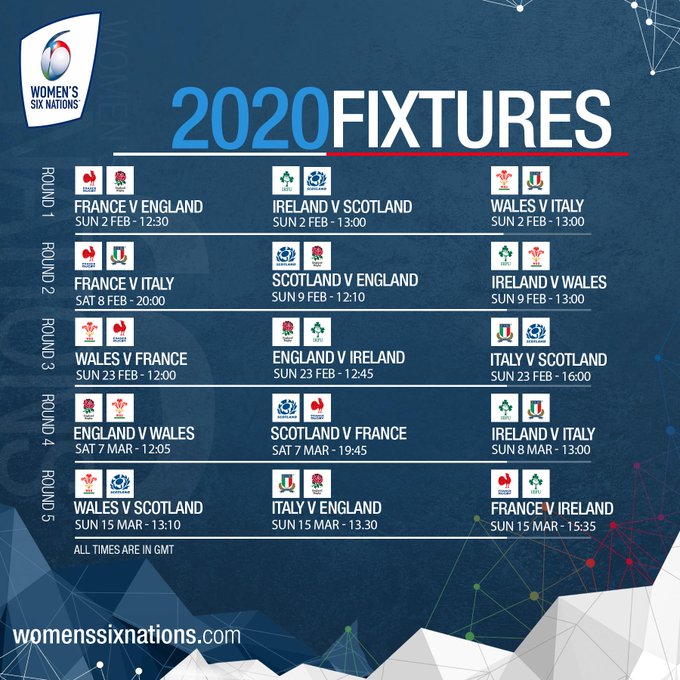