Fabien Galthie has named his side to take on England at Twickenham on Saturday.

Baptiste Couilloud captains the side with Baptiste Serin missing out because of the agreement between the French Federation and the TOP14 clubs that meant just players could play just three games this Autumn.

Hassane Kolingar comes into the front row for France and is joined by Pierre Bourgarit and Toulouse tighthead Dorian Aldegheri.

Killian Geraci and Baptiste Pesenti continue in the second row while Cameron Woki continues in the #6 jersey with Anthony Jelonch moving from no.8 to the 7 jersey. Selevasio Tolofua replaces Sekou Macalou in the starting XV.

Couilloud starts in the #9 jersey and captains the side with Maththieu Jalibert at flyhalf. Gabin Villiere continues on the left wing after scoring on his test debut against Italy with Alivereti Raka replacing Teddy Thomas on the right wing.

Brice Dulin retains his place at fullback. Jonathan Danty is joined in the midfield by Yoram Moefana, who becomes the first player born in the 2000s to start a test match for France after debuting via the bench last week against Italy.

Clermont scrumhalf Sebatien Bezy comes onto the bench with Louis Carbonel and Pierre-Louis Barassi completing the side. 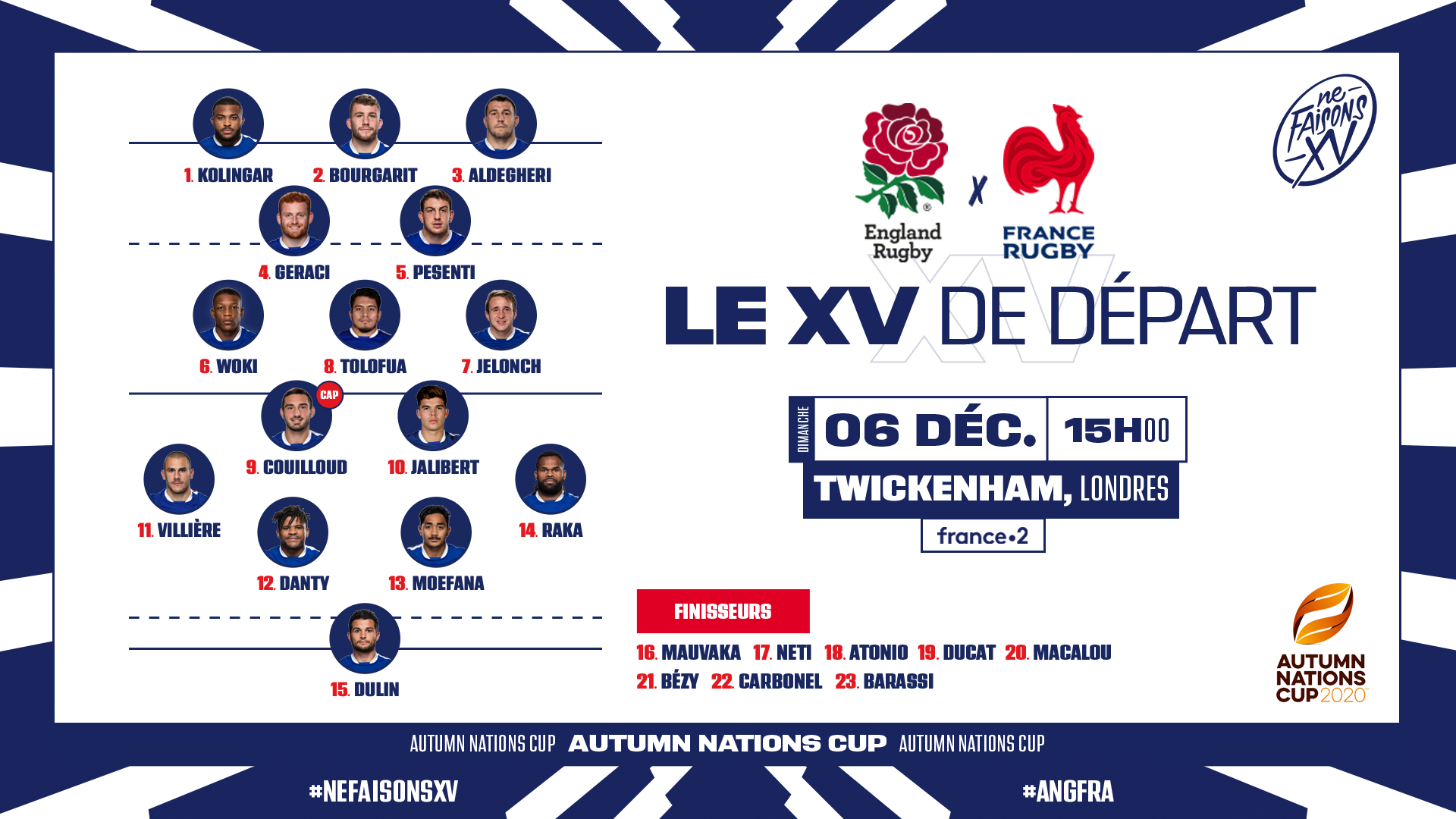