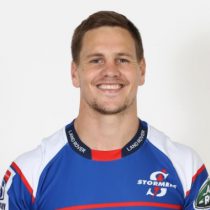 Marais played for the Boland Cavaliers in youth competitions and became part of the 2009 Vodacom Cup squad, without making a senior appearance. He then moved to Potchefstroom in 2010, where he played four matches for the NWU Pukke in the 2010 Varsity Cup competition.

Shortly after the 2016 Super Rugby season kicked off, Marais joined the Pretoria-based Bulls on a two-month trial basis.

Marais was one of the Stormers standout performers in Super Rugby 2017, he featured in 12 matches scoring a total of 72 points.