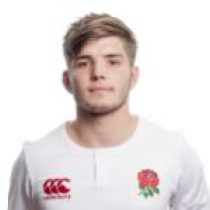 A former Wales U16 captain, Slough-born Harry Randall played for the Cherry & Whites in a pre-season match against Exeter Chiefs after being with the Scarlets from 2013/15.

He started playing when five for the Tycroes club before being with the Scarlets at U16 and U18 level and won silverware with Hartbury in the AASE final when he was man of the match.

Randall was also included in the Rugby World magazine’s British All Stars Team of the Term in January 2015.

The scrum half received a call up to the England U20s and managed to cross the whitewash on 2 occasions for his country.

He represented Hartpury during the 2017/18 campaign, as a string of livewire displays cemented his reputation as one of the Championship’s standout half-backs.

In April 2018, he signed a two-year deal with Bristol Rugby.