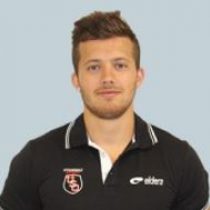 Girese is a French winger who joined Biarritz senior side in 2014 and grew up in the basque region.

In January 2017, US Oyonnax announced the signing of Giresse on a two-year deal.

Giresse played 24 times in the PROD2 during the 2016-17 season, scoring seven tries.