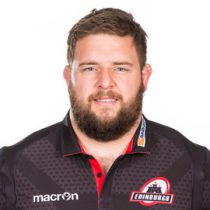 Beavon, who started playing for Melrose Minis and worked his way through the Borders age grades, made his club debut in the black and yellow when he was 17.

Until the age of 15 he played fullback/centre. He also took time out to play southern hemisphere rugby during spells in Australia and New Zealand.

A self-employed joiner, Beavon has been training with Edinburgh on a trial basis since January 2017.

Beavon was released from Edinburgh at the end of the 2016/17 season.