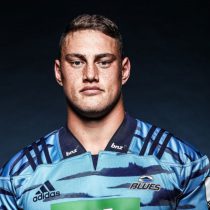 Former Nelson College prop Isaac Salmon had a stellar debut season in the Mitre 10 Cup with Tasman in 2017, after a spate of unavailability/injuries to established club front rowers in side lead to increased game time.

His increased game time lead to him becoming a regular in the Tasman front row and his fine form in the Mitre 10 Cup earned him a spot in the Blues squad for the 2018 Super Rugby season.

He had a strong 2019 Mitre 10 Cup campaign making 11 appearances including off the bench in the victorious Premiership team.

Salmon heads into the 2020 Mitre 10 Cup having made 21 appearances for Tasman Makos.