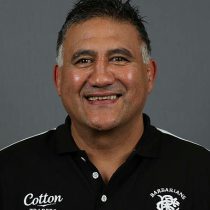 As a player, Joseph represented Otago at a provincial level, and was a member of the All Blacks from 1992 to 1995.

After the 1995 World Cup, Joseph moved to Japan where he played for Fukuoka Sanix Blues, a move which saw him get selected for the Japanese national side ahead of the 1999 Rugby World Cup, making his debut on 1 May 1999 against Canada in Tokyo.

He ventured into coaching in 2001, leading the Wellington Lions to the 2007 Air New Zealand Cup final.

Joseph, who also coached the Dunedin-based Highlanders to their first Super Rugby title in 2015, became Japan national coach in 2016 before being confirmed as the Sunwolves head coach the following year, integrating the two major coaching roles in Japanese rugby ahead of the 2019 World Cup, which Japan will host.

Joseph took over as the Sunwolves coach for the 2017 Super Rugby season, leading them to their most successful season to date, in 2017, before stepping down to concentrate on the national side for the 2019 Rugby World Cup.

Joseph oversaw a campaign by Japan that exceeded all expectations and lit up the tournament.

Japan beat Ireland 19-12 and Scotland 28-21 to top their pool and lift their world ranking to an all-time high of sixth.

They eventually lost in the quarter-finals against South Africa, the tournament's eventual winners.

In November 2019, Joseph signed a new deal with the national side through to the end of 2023 and another World Cup cycle.