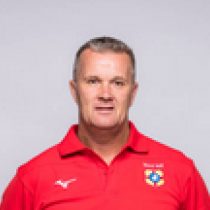 Known to most simply as ‘Watty’, he has carved out a reputation as a skilled and respected technically minded coach.

As a player, Watt represented the Wellington Lions 18 times as a rugged lock before eventually moving into coaching, first with his club side Poneke Football Club, then in the Wellington representative programme.

He has also worked as a technical advisor with the Samoan national team.

Watt played a key role in helping the Hurricanes win the 2016 Super Rugby Title and helped the Hurricanes remain one of New Zealand's top sides despite having a somewhat weaker pack.

At the end of the 2019 season, Watt left the Hurricanes and to join Tonga's coaching staff for the 2019 Rugby World Cup in Japan.