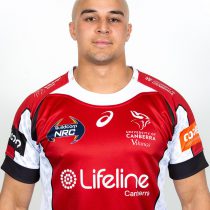 Having studied architecture in Canberra, Micheal Oakman-Hunt represented the Canberra Vikings in 2017 having represented Brumbies u20s, Brumbies Runners and the Australian Barbarians.

Just like his twin brother, Michael also played his junior rugby with Tuggeranong Vikings before transitioning into the senior club.

Oakman-Hunt was called into the Brumbies 2016 Super Rugby squad as back-row cover but just hours later he dislocated his shoulder at Vikings training and spent the next nine months on the sidelines.

In 2018 he got his second shot at making his Super Rugby debut as he was once again called into the squad to cover for Lachlan McCaffrey who dislocated his elbow.

Oakman was named on the Brumbies bench for their clash with the Highlanders in round 9 of Super Rugby.