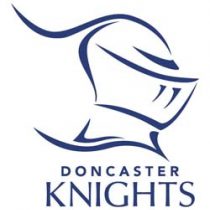 Batt, who can play in the second or back rows, was born in Auckland, New Zealand, he was an All Black triallist at Under-20 level and played for North Shore and North Harbour B.

He moved to England in 2017 and featured in both the Championship and British & Irish Cup for the Knights - the last of his seven league appearances was as a replacement in the game against Jersey on the final weekend of last season, won 26-30 by the Reds.