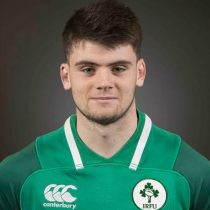 Byrne attended St. Michael's College in Dublin and has been fast tracked into the Leinster sub-Academy due to his potential.

A fly-half by nature, Byrne has played for the Leinster A side and was named in the Ireland U20 squad for the 2018 Six Nations.

October 2019 saw him being named in Leinster's squad for the Champions Cup.