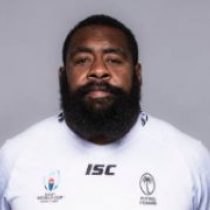 Since making his first start for Fiji in June 2014, Saulo has started every game he has featured in for Fiji, including all three matches during the 2015 Pacific Nations Cup. Saulo has become a key character in Fiji's pack and has been included in their 2015 Rugby World Cup squad.

In May 2017, the former Toulon prop signed for Championship club London Irish ahead of next season.

Saulo will make the move to England at the end of the season after spending two years with the three-time European champions.

As of 2021, he had made 43 appearances for Fiji before signing a deal with Major League Rugby side, Atlanta.