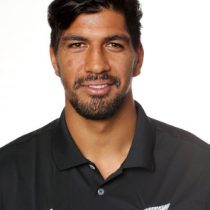 Dylan returned to the Waikato region after a successful stint in rugby league - playing several seasons for the Junior Warriors and Auckland Vulcans.

He is a midfield back with good size but has also developed the ability to play wing and fullback during his time in league.

Dylan joined the Southland Stags for the 2016 Mitre 10 Cup.