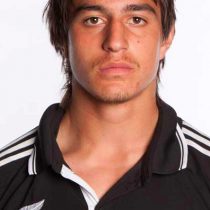 Ambrose Curtis exploded onto the sevens scene in 2013, and since then has quickly risen through the ranks of the All Blacks sevens squad.

No stranger to international rugby, Curtis made his name as one of the stars of the New Zealand U 20's in 2012, and made his provincial debut for Wellington in 2012.

The hugely physical winger will surely be one to watch over the next few seasons.

Curtis signed with Manawatu in August 2015 on a week by week basis. He later signed a full-time contract with Manawatu.

The three-time New Zealand Māori representative signed for Wasps ahead of the 2018/19 campaign after failing to earn a Super Rugby contract.