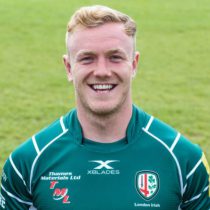 Gilsenan is a Leinster Academy graduate who joined English side London Irish during the 2014/15 season.

Joining from Leinster at the start of the 2014/15 season, Conor Gilsenan has developed into a talented backrow.

Captaining the Exiles on a number of occasions during the club’s exploits in the British & Irish Cup, Conor went from strength to strength under the guidance of Director of Rugby Nick Kennedy.

After over 70 appearances for London Irish, crossing for six tries, he announced his retirement from the sport with immediate effect due to medical reasons.