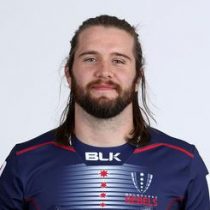 Alex Toolis signed for Edinburgh Rugby in summer 2013 from Queensland Premier Grade side GPS Old Boys and, along with his twin brother Ben and is part of the club’s EDP system. Alex arrives at Edinburgh Rugby having represented Queensland Reds ‘A’ side, as well as being part of the Australia National Academy in 2013 – where he played against international development sides in the IRB Nations Cup.

Alongside his twin brother, he goes onto the club’s Elite Development Player (EDP) programme and will hope to emulate previous EDP graduates Grant Gilchrist, Tom Brown and Matt Scott in representing Scotland.

Toolis agreed a deal with the Melbourne Rebels for two seasons, beginning in 2017.

In May 2019, he signed a deal with London Scottish.