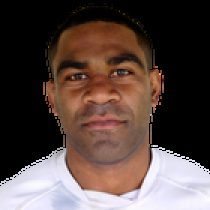 Ravouvou is one of the newest members of the Fijian sevens squad, having playing his first tournament in March 2014 at the Japan sevens. The former Ratu Navula College man grew up playing in the streets of his local side Nadi, and was a star of the underage sevens circuit in Fiji.

He was selected to represent the Fiji squad for the 2016 Summer Olympics.