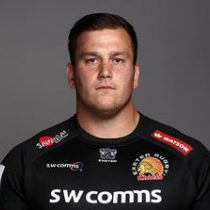 After joining English side London Welsh from Eastwood, Lees made his senior grade debut for Eastwood in 2010, having joined the club as a colt.

He made his 100th appearance for Eastwood in May 2013. His performances for Eastwood saw him selected for the ACT Brumbies A team in 2013.

Lees signed for Premiership side Exeter Chiefs on 10 April 2014, extending the deal in July 2016 for a further 3 years.

The Sydney-born Lees thrived in the Chiefs environment, establishing himself as one of the club’s frontline forwards.

In July 2019, Exeter Chiefs confirmed that Lees will leave the club to join French Top 14 side CA Brive ahead of the 2019/20 season.