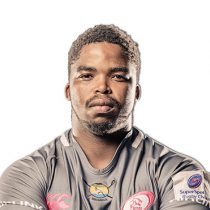 As a scholar at Muir College in Uitenhage, Koza was selected to represent Eastern Province at the Under-18 Craven Week tournament.

In both these seasons, he also represented the Eastern Province U19s in the annual Under-19 Provincial Championship.

After finishing school, Koza moved to Kimberley to join Griquas for the 2013 season. He represented Griquas U19 in the 2013 Under-19 Provincial Championship making four starts as a loose forward and scoring tries in consecutive matches against Griffons U19 and Limpopo Blue Bulls.

His first-class debut came for Griquas during the 2014 Vodacom Cup competition. He played off the bench in their 26–24 victory over the Blue Bulls in Pretoria.

He made two starts and one appearance off the bench during the 2015 Vodacom Cup competition, helping them finish in second position on the Northern Section log, before they lost in the semi-finals to the Pumas.

He made his Currie Cup debut, coming on as a replacement just after the hour mark in their 32–46 defeat to the Blue Bulls in Round Four of the 2015 Currie Cup Premier Division.

He moved to Nelspruit during 2016 to join the Pumas.