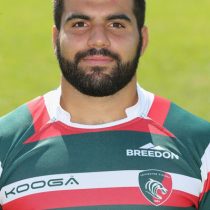 Brugnara joined Leicester Tigers in his teens and was promoted from the Academy to the Development squad in 2014/15 when he also made his senior team debut.

In 2014/15, he gained senior experience with Doncaster Knights and shared in their title-winning season in National One, returning to the club for their Championship campaign and promotion play-offs in 2015/16.

Nominated for Young Player of the Season in the Supporters’ Awards 2015/16, Brugnara was part of the matchday squad on 10 occasions, making five Premiership appearances.

In June 2017, Brugnara returned to Italy to join Rugby Rovigo in the National Championship.