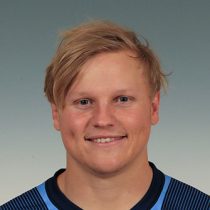 Following the conclusion of high school, Greene starred in Wests Rugby's Premier Grade side, amassing 212 points to finish the season as Premier Rugby's leading point-scorer in 2013.

Greene made his Queensland Reds debut off the bench against the Melbourne Rebels at Suncorp Stadium in 2015, and signed an Elite Development Squad contract shortly afterwards. He was selected to start at flyhalf Queensland Country (NRC team) in the 2015 National Rugby Championship, reaching 50 career points in just his third start for Country.

He signed one-year full contract for the 2016 season with the Queensland Reds, where he will compete with Jake McIntyre to fill the void left by Quade Cooper.

Greene signed for Japanese Top League signed Toyota Industries Shuttles for the 2016/17 season, where he made 14 appearances, scoring 102 points.

In 2020, Greene left the Shuttles to join Yamaha Jubilo.