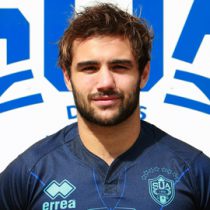 Abadie made his Agen debut during the 2013/14 season and he become a senior squad member in 2015. Over the next few seasons he was used sparingly as he slowly grew in confidence and gained experience.

The French scrum-half has since become an important member of the team and plays regularly from the bench or in the starting line-up.